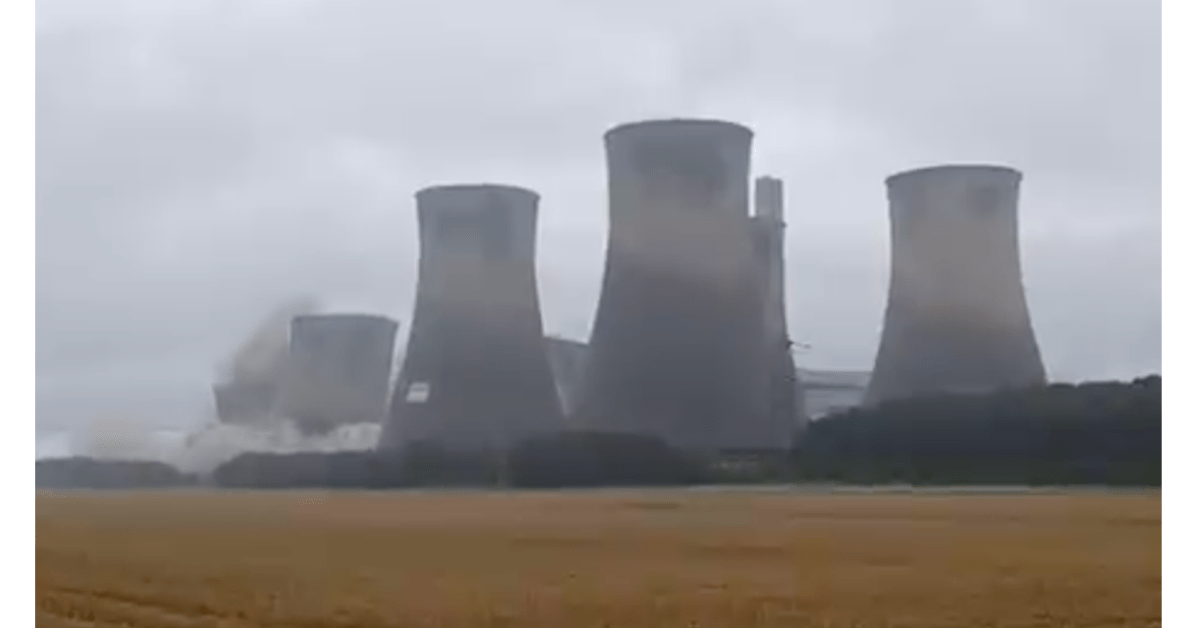 You know that saying: What goes up, must come down? Well, a drone has captured the coming down part, with a short-but-sweet video of the demolition of three massive power plant stacks.

The location of this was in North Yorkshire, at the Eggborough Power Station, a coal-fired behemoth that’s been decommissioned since September 2018. There are apparently plans to replace it with a gas-fired plant. But before that can happen, it’s out with the old.

And it’s a blast to watch.

First, from the ground

The Tweet that alerted us to this came from the North Yorks Police Drones account. We assumed they’d be flying a drone for an aerial capture, but not this time:

While that was certainly satisfying, it’s not quite what we were hoping to see. We wanted to see something shot from the air.

Well, it didn’t take long. With some help from the aforementioned Twitter account, we were pointed in the direction of