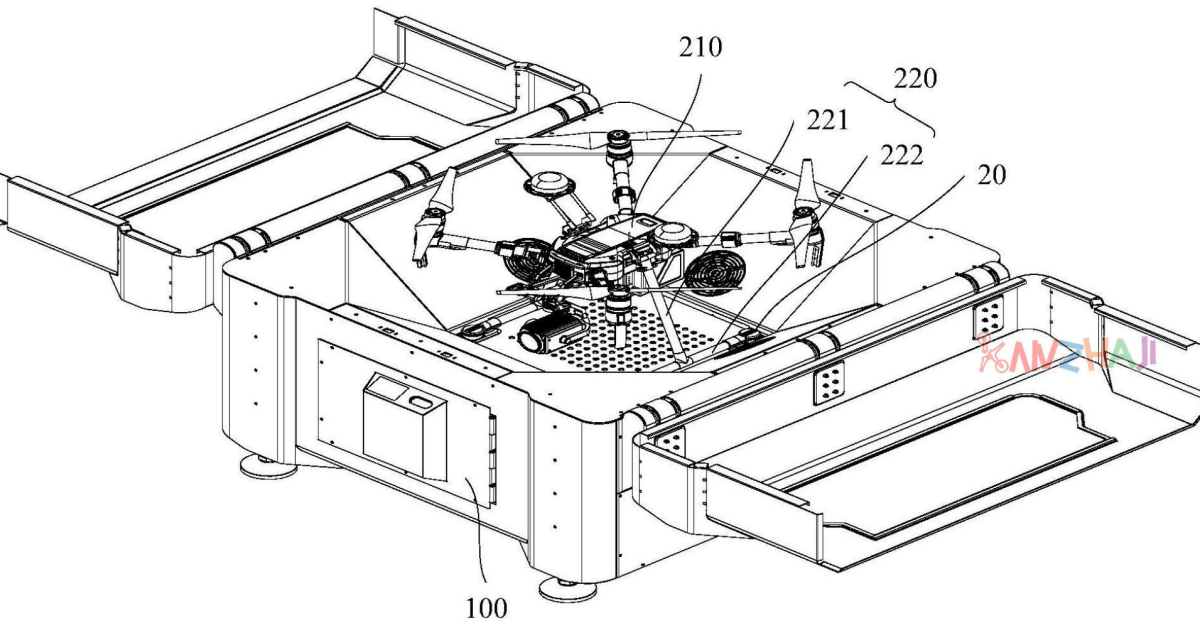 A couple of posts on Twitter, combined with the inconsistent wonders of Google Translate, indicate that DJI has obtained a patent for a drone-in-a-box solution. This is a key feature for conducting automated Beyond Visual Line of Sight inspections.

Havine a “drone-in-a-box,” or dock system, can really open the doors for numerous use-case scenarios. Drones can be dispatched on automated missions, such as infrastructure inspections, surveillance and more — all by software alone with a human monitoring the mission.

And now, according to two different tweets from two well-known sources, DJI has a patent on its own version of the technology.

The news comes from well-known sources @OsitaLV and @Kanzhaji. Both tweeted these images, which appear to indicate that, after filing originally in 2017, DJI has been granted a patent for this device:

Be sure to scroll across the images on that tweet; there’s more than one image.