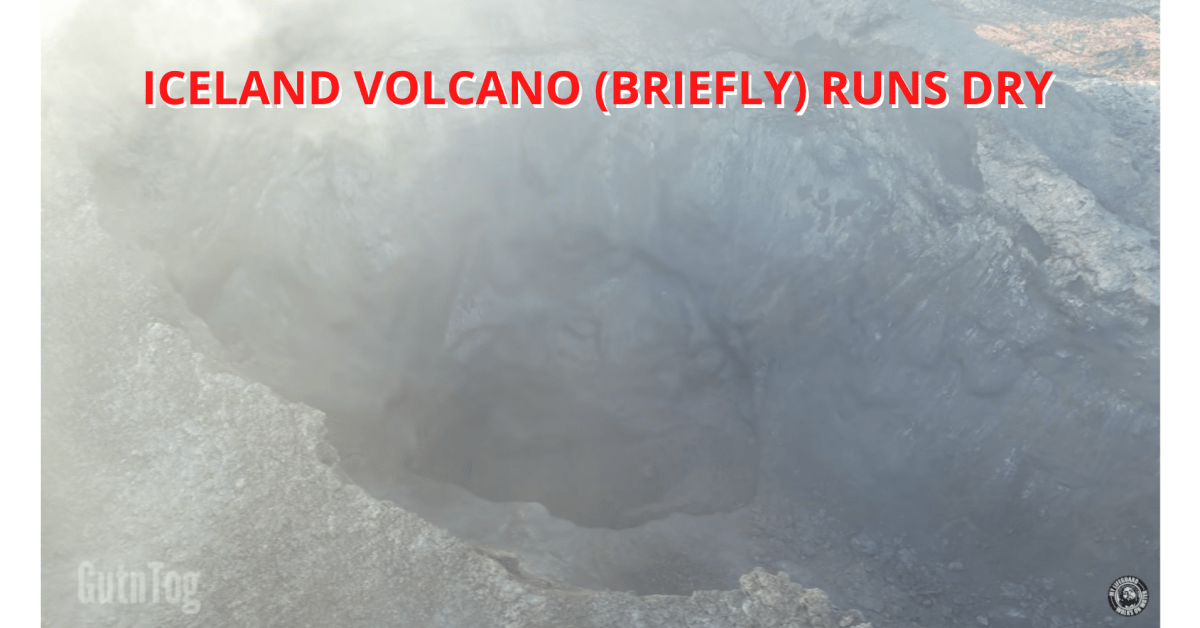 We’ve shown you that Iceland volcano in many permutations: ferociously erupting and sending lava soaring, gently bubbling like some tangerine soup, and oozing lava at a steady rate. But this is the first time we’ve seen it like this: New drone videos show that the Iceland volcano has run dry, with no lava… at least for a little bit.

We really, really thought we’d seen it all. There have been stellar FPV videos of the Iceland volcano near the capital city of Reykjavík, and even a Mavic 2 Pro that was nearly melted by this incredible geological feature. There have been more (as you’ll know, if you’re a regular reader), but we’ve never seen the volcano like this:

Drone volcano videos with no lava!

You read that correctly. New videos have emerged in the past day showing the Fagradalsfjall volcano during a rare part of this current active cycle: with no apparent activity at all. That’s right, the molten pool has crusted over, there’s no massive…