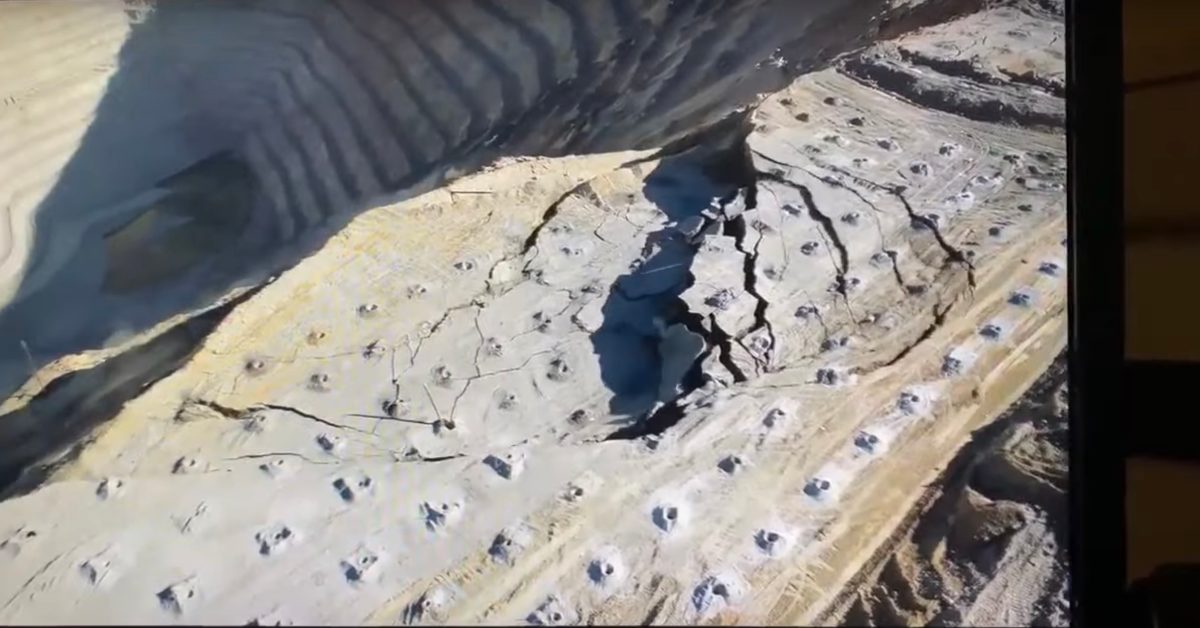 Extremely rare and dramatic footage has surfaced this week of a massive landslip filmed from on high. In it, drone-shot video above the Bingham Canyon mine in Utah captures the enormous landslide from its very beginning right through to the end.

The drone landslide video was only uploaded this week, though the actual event occurred on May 31. It’s shot from a position above a wide ledge of earth that drops away from a steep, layered slope and down into the pit. Filmed from behind, the footage provides an incredibly clear view of the initial fissures forming in a semi-circle on the top of the ledge, and the larger of two sections of the escarpment sliding down into the pit. The second, smaller failure then takes place in its wake, sending unknown tons of ground into avalanche mode.