Mirth from the skies – a drone that fires Nerf darts 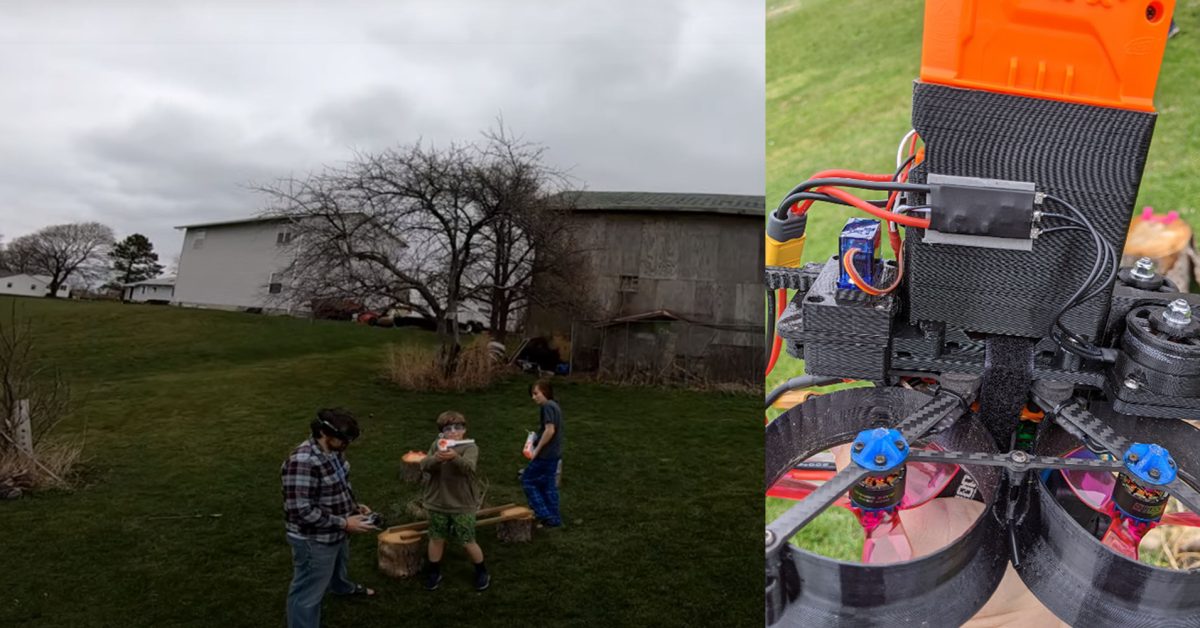 Electrical engineer Cory found that the stress of the quarantine could be kept at bay with more Nerf battles with his kids. What the kids hadn’t counted on was Dad’s intention to mount a Nerf gun on a FPV drone.

Cory’s design aims were to make a flying Nerf gun that wouldn’t permanently alter his Shendrones Squirt V2. He also wanted to fire multiple Nerf darts with his existing RC link and 3D print whatever extra pieces he needed. He posted the files and the Arduino code on hackaday.

To launch the darts, he used two motors he had from previous quadcopter builds and controls them with an Arduino Nano. Motors get their power from the drone’s LiPo battery.

Mount a nerf gun on an FPV drone

It’s a little difficult to see the mechanism, but it looks like he’s used a servo to push the darts between two rotating wheels. The wheels then fling the darts toward the victim. It seems fairly accurate. He…