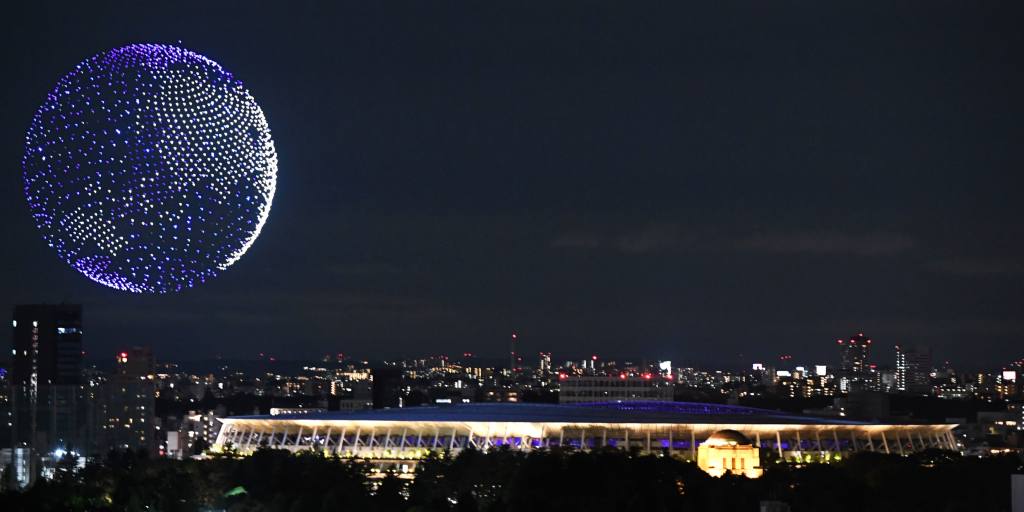 TOKYO — The opening ceremony of the Tokyo Olympics gave companies a stage on which to showcase their products and technologies to the world.

U.S. semiconductor company Intel created a light show with a fleet of 1,825 drones above the Olympic Stadium on July 23, while the highly symbolic Olympic flame was fueled by hydrogen from Japan’s Eneos Holding and lit by the nation’s brightest tennis star, Naomi Osaka.

The drones were initially arrayed in the emblem of the 2020 Olympics before morphing into a blue Earth. At the 2018 Winter Olympics in South Korea, Intel also staged a light show with more than 1,200 drones.

For Tokyo, the American company used its Shooting Star drone, a quadcopter model weighing only 340 grams and capable of operating in blustery winds up to 11 mps.

Equipped with four high-definition LED lights, the Shooting Star “made it possible to achieve borderless lights and well-defined graphics,” said Kunimasa Suzuki, president of Intel Japan. Drones at the 2018 Games had…