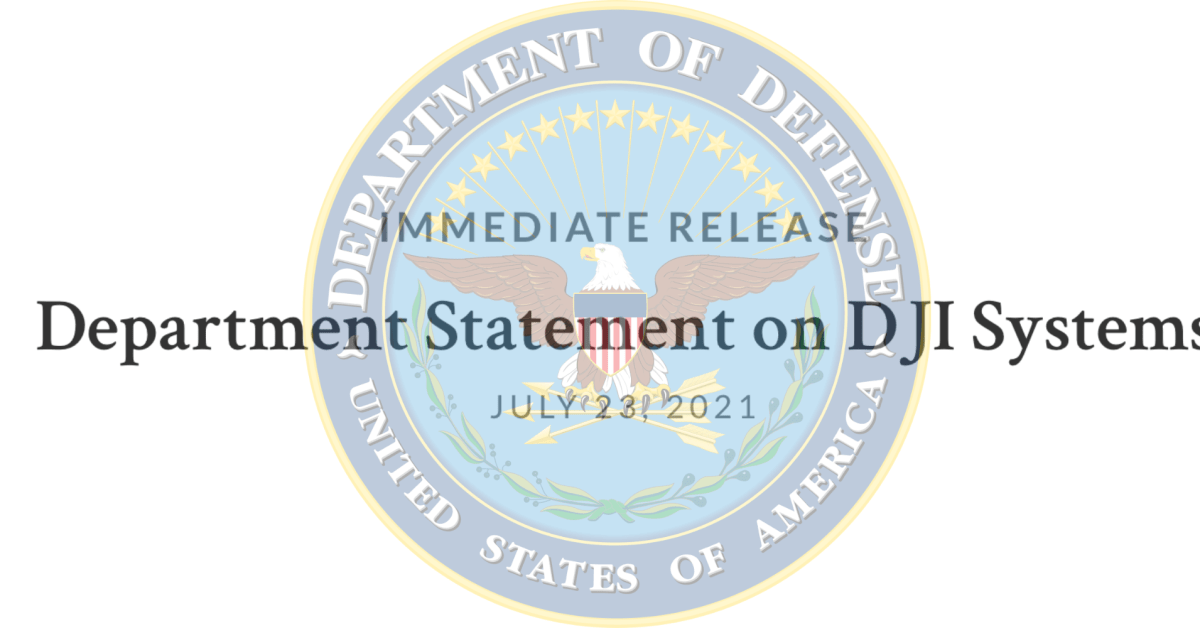 The US Department of Defense issued a statement Friday saying its position is that “systems produced by Da Jiang Innovations (DJI) pose potential threats to national security.”

The statement appears to have been triggered by a recent Pentagon audit that suggested at least two of DJI’s drones had been assessed and posed no cybersecurity risks. We wrote about that at the time, and DJI was quick to amplify that two of its products had apparently been cleared.

Not so fast, is the message from the Department of Defense.

Having the US Department of Defense say your products pose potential threats to national security must sting. The company had previously been placed on the Department of Commerce’s Entity List, alleging DJI technology had played a role in human rights abuses against the Muslim Uighur minority group in China. Being on the Entity List bans the transfer of technology from the US to China. DJI, meanwhile, has been pushing back against what…