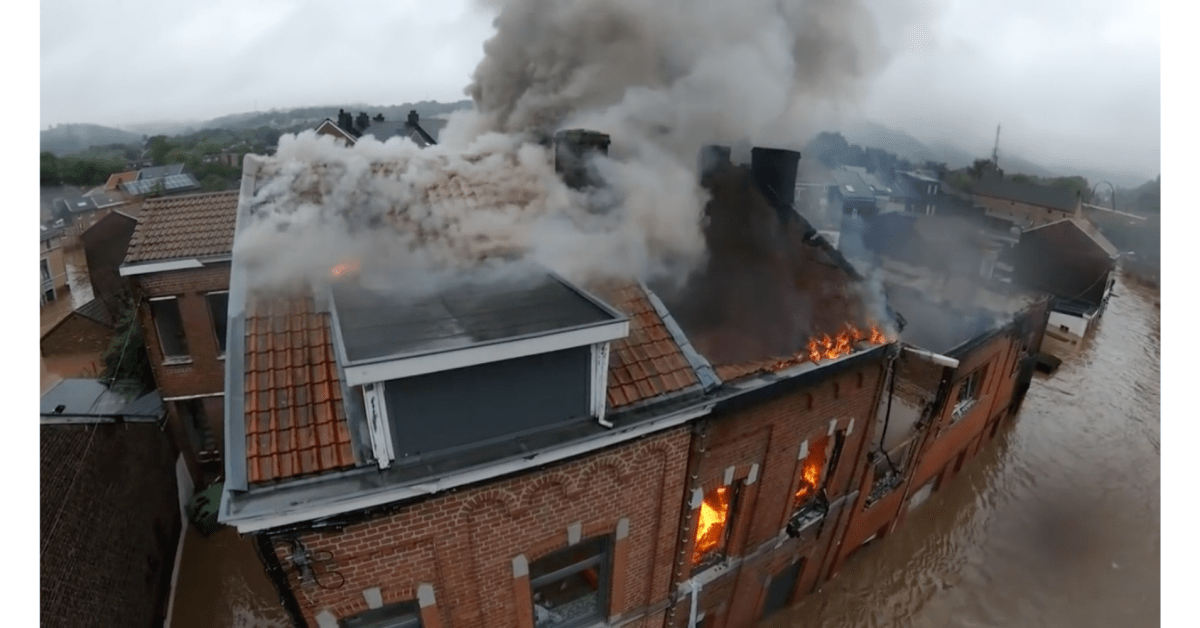 People are still recovering — and will be for some time — following last week’s catastrophic weather event that hammered Germany, Belgium, and some other locations. Now, a new FPV drone video shot in Belgium reveals that some people endured a double-disaster: Flooding and fire.

We received a link to two videos from DroneDJ reader Marcel Powolny, who contacted us via our tips email. He said he’d captured some footage during the floods in Belgium. What we saw was a very different type of drone video from what we’ve reported on from Germany.

For starters, he was flying a DJI First-Person-View, or FPV drone. (In the event you’re not familiar with FPV, this is where the pilot wears goggles and sees what the drone is seeing in real-time.)

The impact of this weather event cannot be overstated. As of yesterday, some 165 bodies had been recovered in Germany and 31 in Belgium. The storm system dumped 15 centimeters (6″) of rain in 24 hours, turning…