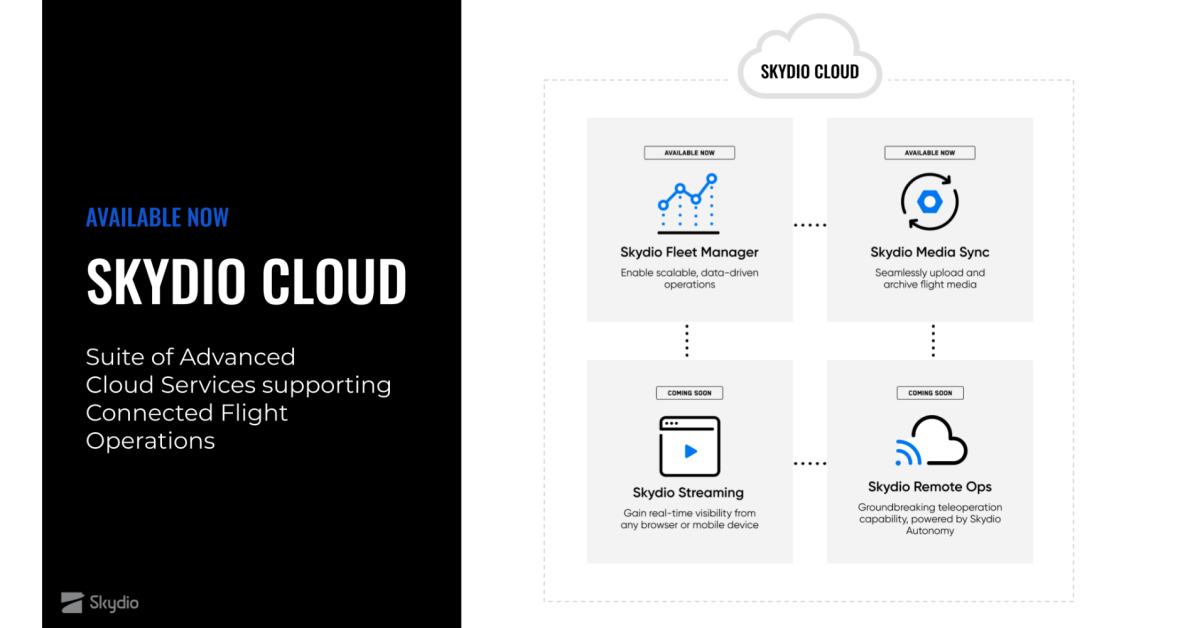 Skydio – the US manufacturer best-known for its AI-equipped drones that can take on tasks some other drones simply can’t – held a webinar today to discuss the capabilities of Skydio Cloud. First announced at AUVSI, the platform is designed to seamlessly integrate with the rest of the company’s platforms. Let’s see what it does.

The world of commercial drones has evolved, largely, in silos. That means drone hardware manufacturers have usually tended to focus on their drones and operating systems – while software companies have tended to focus on backend tools like fleet management, etc. That’s not always the case, but this scenario has tended to be the rule rather than the exception.

Skydio Cloud, says the company, will help eliminate those silos for users of Skydio products.

Skydio Cloud has been built from the ground up to work with Skydio 2 and Skydio X2 products. The company’s website cleanly outlines the value proposition: