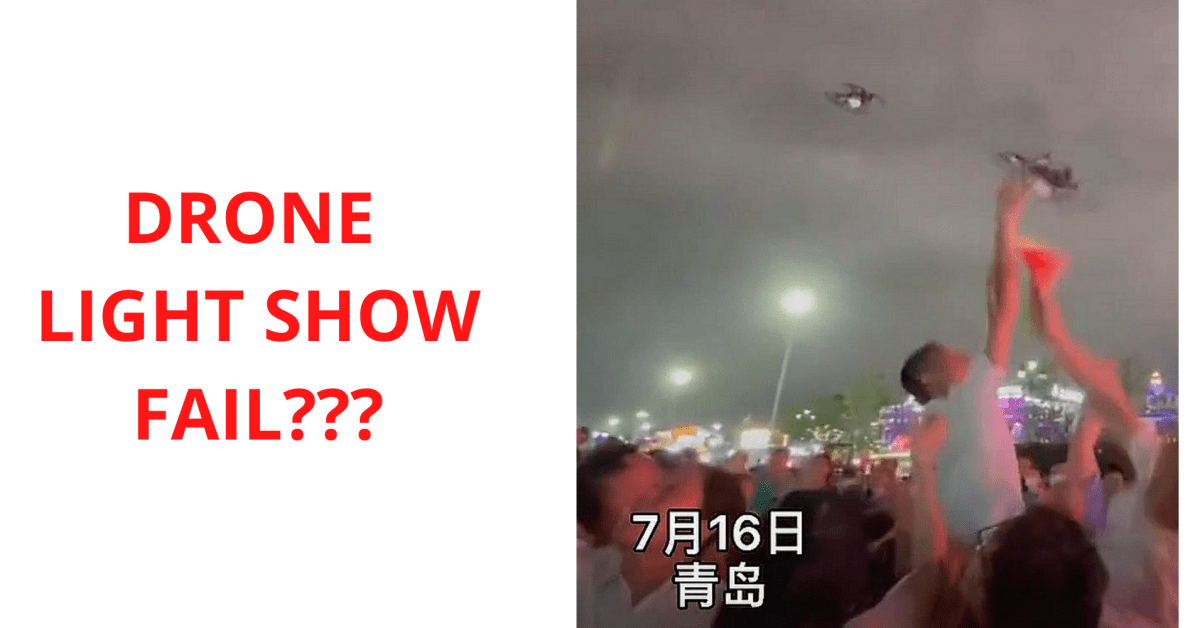 A major drone light show in China ended with some of the drones descending into the audience. The descents appeared controlled, but we can’t imagine why they would be intentional.

It is, to say the least, a strange story.

The incident happened during a major beer festival in China involving Tsingtao, one of the country’s largest breweries. We used to live in China (well, not all of the DroneDJ staff, but I did), and we can confirm for the record that Tsingtao makes pretty good beer.

But that’s not why we’re here. The impetus for this story was a post by @Kanzhaji, who runs a website about drone news and posts in Chinese.

@Kanzhaji posted about the incident on Twitter, linking to a…