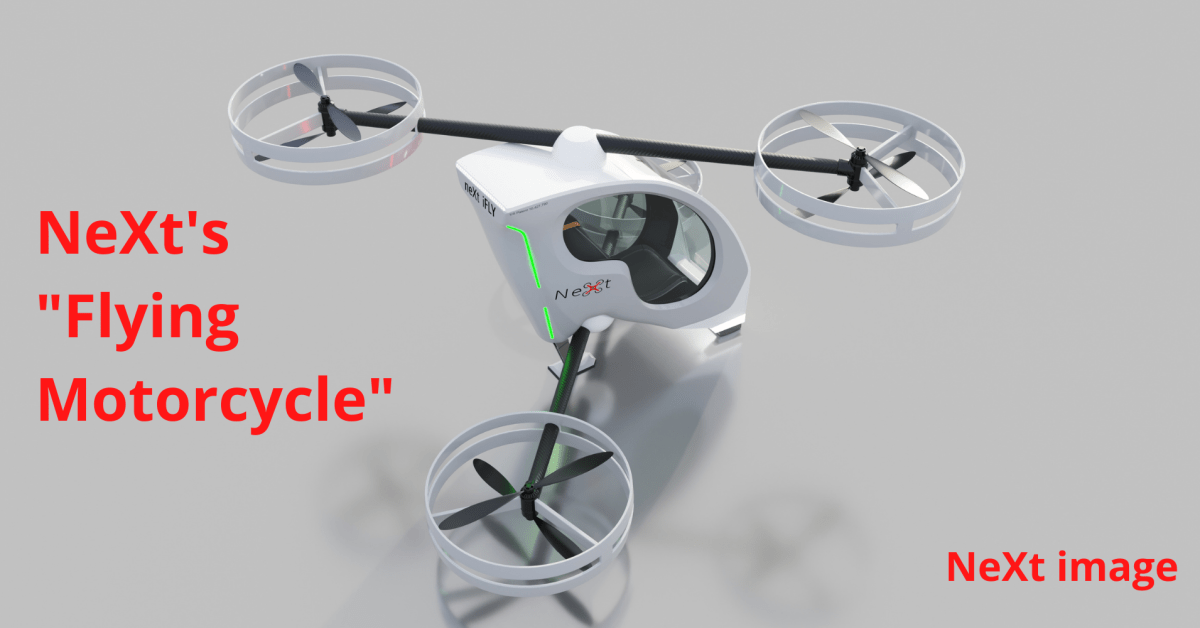 Pegasus, you may recall, is a mythical winged horse, and now, NeXt UAS plans to take this myth and bring it to reality. Except, it won’t be a horse, of course. It will likely be an eight-motor, electrically powered drone that you can program with a smartphone app for your destination. NeXt is just the latest in a rush of companies working on compact, autonomous vehicles that might one day whisk you over crowded urban centers or perhaps even take you for a nice ride over scenic vistas.

It’s not market-ready yet, but it is worth a preview.

In reading the NeXt website, it actually appears the company may be working on two different vehicles: Pegasus and another called iFLY. Its website says the company is driven by passion, technology — and the future: