Skip to content
Home » News » Developed By Australia & Popularized By The UK, US Marines Test Lethal Mini ‘Grenade’ Drones That Can Attack In Swarms

Developed By Australia & Popularized By The UK, US Marines Test Lethal Mini ‘Grenade’ Drones That Can Attack In Swarms 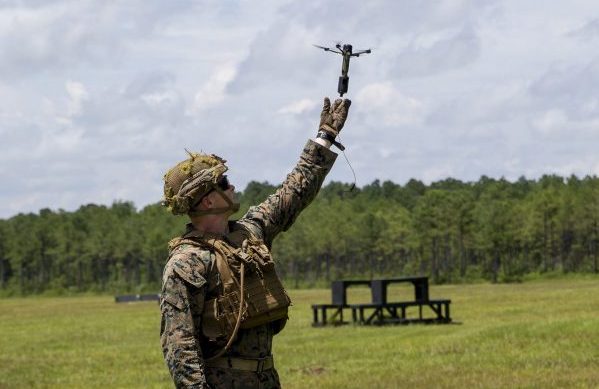 The US Marines have conducted drills with a mini unmanned aerial system (UAS) called Drone40 that could turn lethal when they attack in swarms.

It was in February 2021 when this miniature drone caught the attention of defense enthusiasts when photos and videos of the British Army testing the UAS had gone viral.

Held at Camp Lejeune in North Carolina on July 7, the latest exercise was part of the 2nd Marine Division which is an “experimental infantry battalion to test new gear, operating concepts and force structures”.

Reports suggest that the drone was operated by the British Army task group deployed in Mali as part of the United Nations Multidimensional Integrated Stabilization Mission.