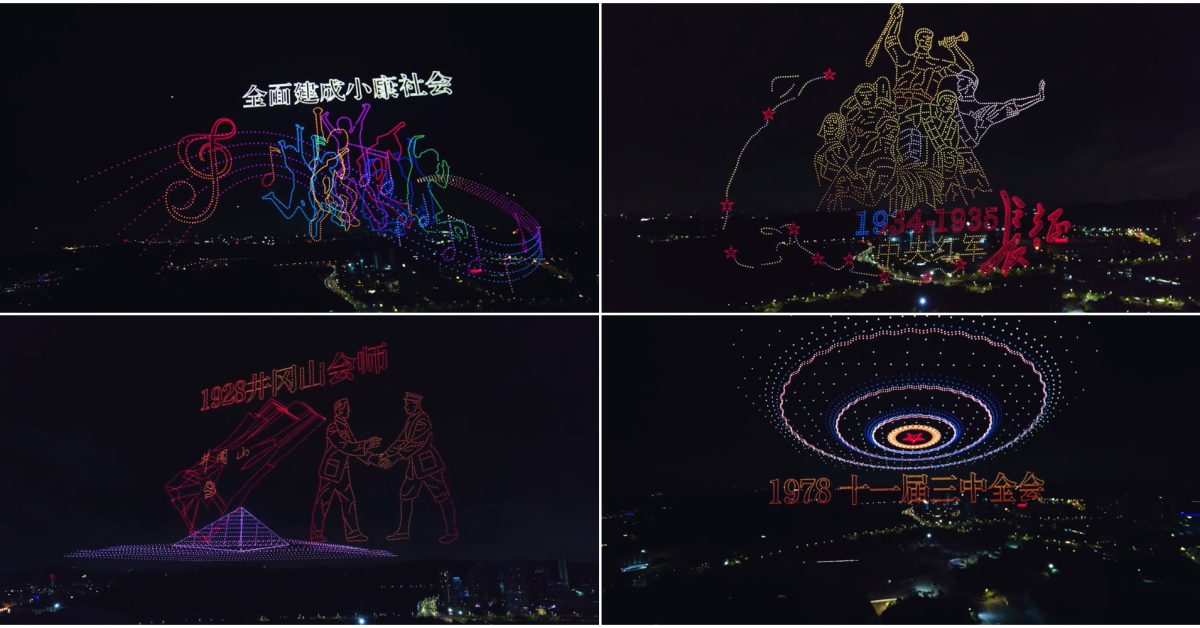 The Communist Party of China (CPC), which has ruled China continuously since 1949, is celebrating its 100th anniversary. And to commemorate the occasion, 5,200 drones lit up the night sky in Longgang, Shenzhen, last week. The massive drone light show, which should be going down in Guinness World Records, showcased some of the most pivotal chapters from the party’s history.

The CPC has approximately 92 million members, which is about 6.6% of the entire Chinese population. It is credited with transforming China from a poor country to one of the largest economies in the world.

In April 2021, car company Genesis marked its entry into China by organizing a record-breaking drone light show with 3,281 drones. The drone light show conducted in the honor of CPC uses 5,200 drones, which easily breaks the world record set by Genesis.

Related: These US cities are adding drone shows to July 4 fireworks events

This show focuses on the…