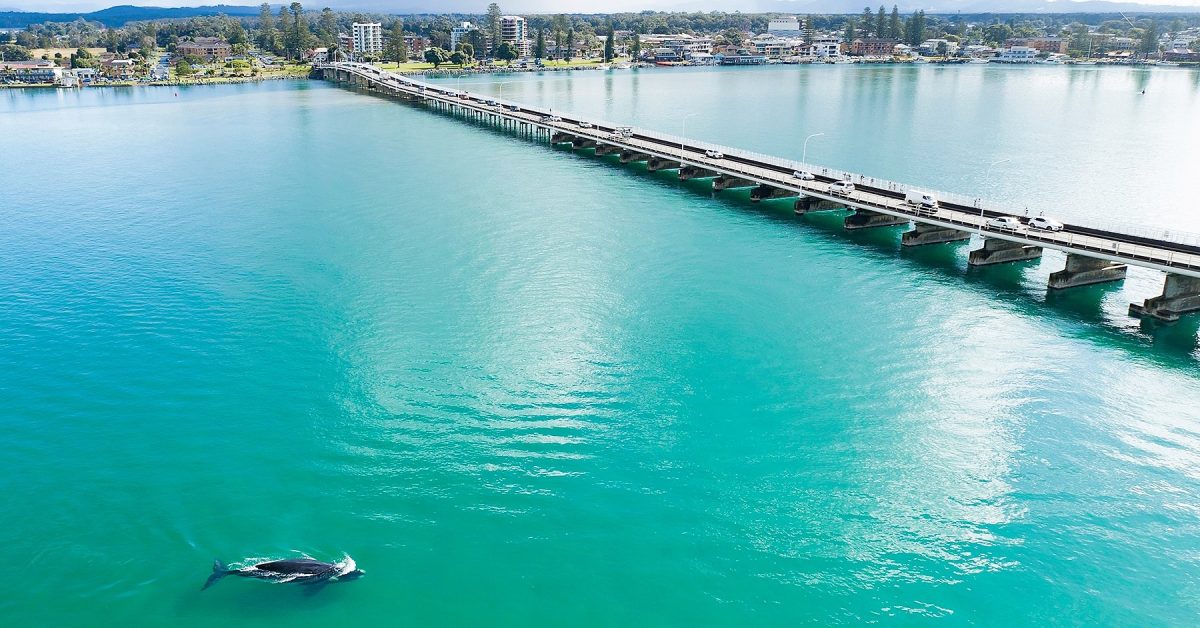 It’s quite rare to spot a critically endangered southern right whale in southeastern Australia. Rarer still is to find the mammal swimming next to you in a lake. But that’s exactly what happed to visitors at Lake Wallis in New South Wales (NSW) on Tuesday morning.

A seemingly lost southern right whale entered Lake Wallis at Forster-Tuncurry on the NSW Mid North Coast around 7:30 a.m. on June 29. As the news of the 500-feet-long whale entering shallow waters spread, hundreds of local and tourists thronged the lake to catch a glimpse of the mammal.

Among them was photographer Shane Chalker, who managed to capture some great footage (including the photograph above) of the whale with his drone. Getting new images and videos, however, may not be possible since a special protection order cordoning off the area has come into effect starting Wednesday morning.