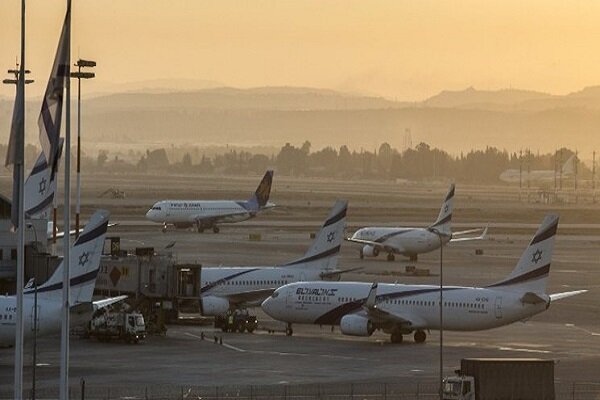 An unidentified quadcopter flew near Ben Gurion International Airport in Tel Aviv on Friday. Following this incident, a Delta Airlines flight that was about to land on the runway and the plane had almost completed its landing took off again and flew away from the area until the complete removal of the danger from the landing area, Zionist “Jerusalem Post” Daily reported.

Zionist officials and the media declined to mentioned details of the incident for security reasons.

During the recent clashes erupted between Zionist forces and Palestinians and following the large-scale attacks of the Resistance Movement on Tel Aviv, all incoming flights were transferred from Ben Gurion Airport to Greece and Cyprus.

Al-Qassam Brigades, a military wing of the Palestinian Islamic Resistance Movement Hamas, have repeatedly fired rockets in response to Israeli airstrikes on residential areas in Gaza Strip, Tel Aviv and its infrastructure, including Ben-Gurion Airport.