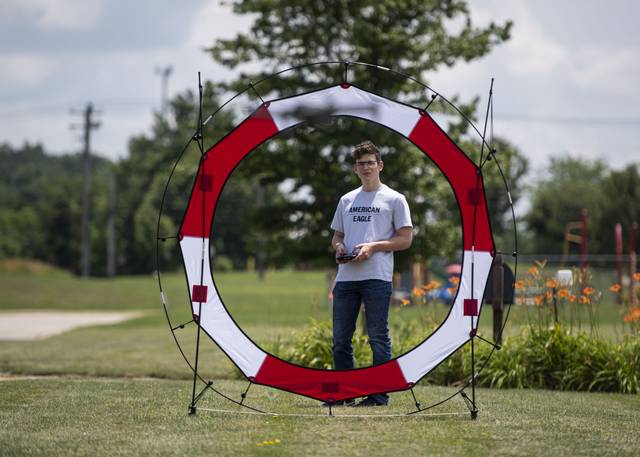 The Uniontown native, who graduated last month from Laurel Highlands High School, wants to follow in her grandfather’s footsteps that saw him serve in the U.S. Air Force and later earn a license to pilot a drone.

Sutton, 18, like her grandfather is certified to fly drones. She completed a training program earlier this year at the Private Industry Council of Westmoreland/Fayette Inc. and then passed a test to earn her license.

“It’s a real competitive business and this gives me a head start,” Sutton said. “My grandfather had his own drone, flew his own drone. He did it for himself, it was a kind of privatized kind of thing. But I want to do this commercially because I thought it was kind of cool to work with drones.”

Sutton and seven other teens who graduated from the agency’s drone education program this spring put their skills to the test Saturday, showing off their flying abilities as they navigated drones…