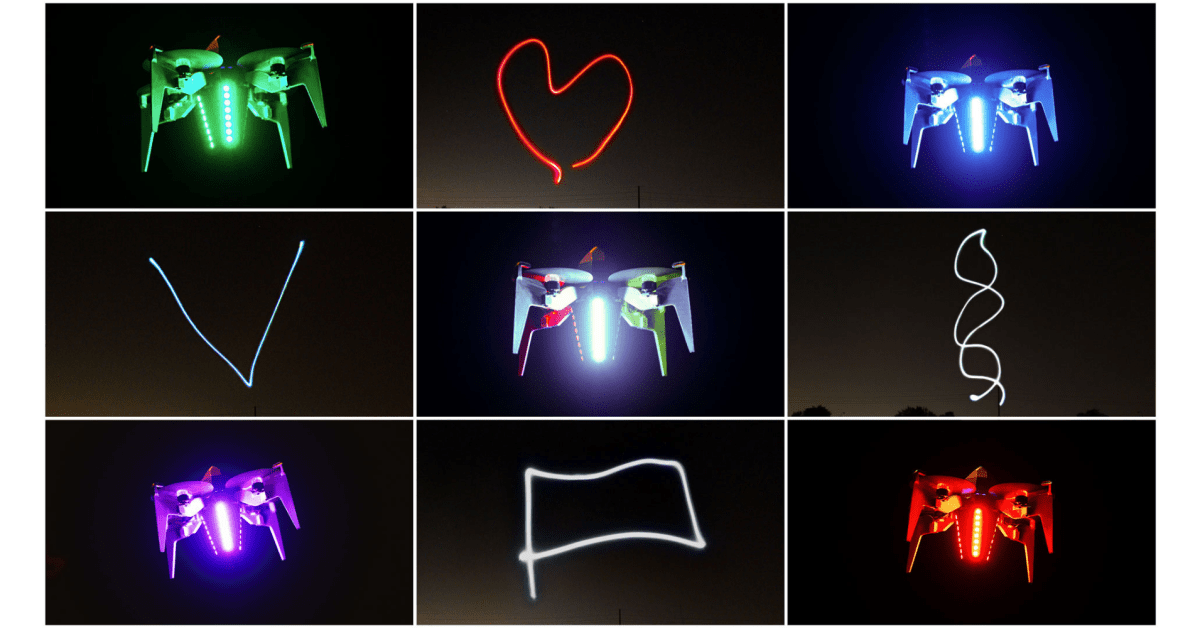 You’ve seen drone light shows before. And some of them are truly impressive, with massive numbers of drones morphing into 3D shapes in the sky. Amazing. But now there’s a new type of drone vying to create spectacles in the night sky.

We received an interesting email the other day. It was from Dan Lubrich, cofounder and CEO of a company called Rammaxx. He wanted us to know – especially with July 4 approaching – about their product. They’re called “electric LED rocket fireworks.”

Let’s see what they are.

Most drone light shows involve variations of standard quadcopters, along with lighting and special sauce for programming the show. They also tend to have some sort of Ground Control System or other app/controller that allows the operator to fine-tune the choreography of the display.

And, as you know, some of those displays can be pretty remarkable. When you see hundreds (or even more than 1,000) drones all performing precision movements…