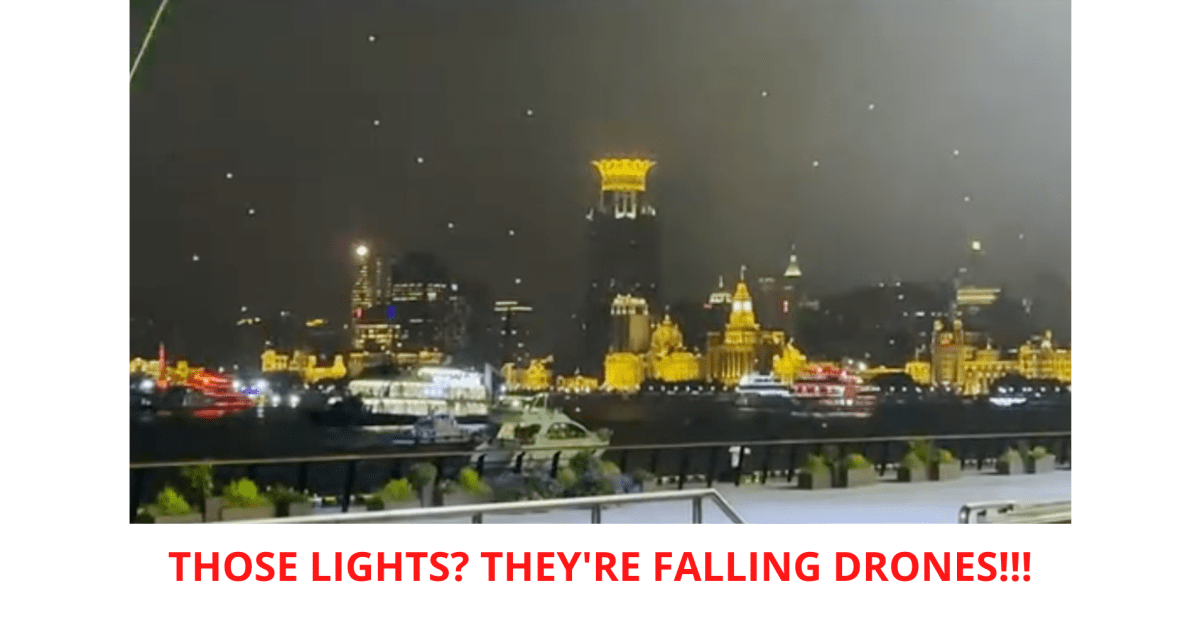 We’ve seen tons of drone light shows over time. But we have never – ever – seen something like this: A failure that sent multiple drones plunging out of the sky, with spectators on boats below.

Drone light shows have become immensely popular, particularly in China. There’s almost a competitive aspect to the shows there, with each subsequent display trying to get more drones into the sky to create more elaborate imagery. But this one?

That’s the name of the person who brought this to our attention. We follow @Kanzhaji on Twitter, but this post comes courtesy of his website. It’s a video, apparently from Chinese social media, showing a drone light show that went disastrously wrong earlier in June.

The display was taking place in Shanghai, over the Bund, June 14. And we’ve been able to parse some of the details directly from this post on Kanzhaji’s website. The show seemed to be going along just…