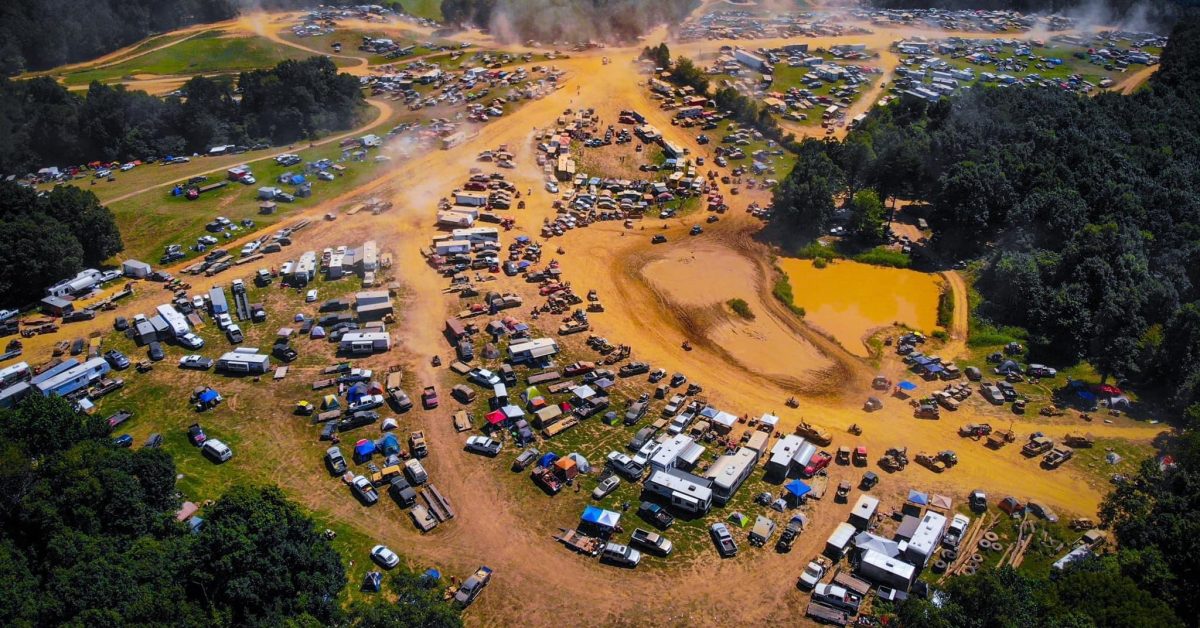 Five days of mud, music, and mayhem. This is how Redneck Rave organizers describe what they bill as “America’s wildest and craziest country party.” And with reports of a man’s throat getting slit, a woman being strangled in a fight over a blanket, and a man impaled on a branch, the massive country music festival surely showcased what wild and crazy mayhem can look like.

The five-day festival was organized in Edmonson County, a Kentucky town so small that it doesn’t have its own traffic stoplight. As the bash came to a close, local media outlets started reporting about how dozens of people had been charged with various offenses by the sheriff’s office. There were 30 charges involving drugs or alcohol-related offenses, six felony charges, and 63 traffic-related offenses.

The Edmonson County Sheriff’s Office released this drone footage to reveal the scale of the event: