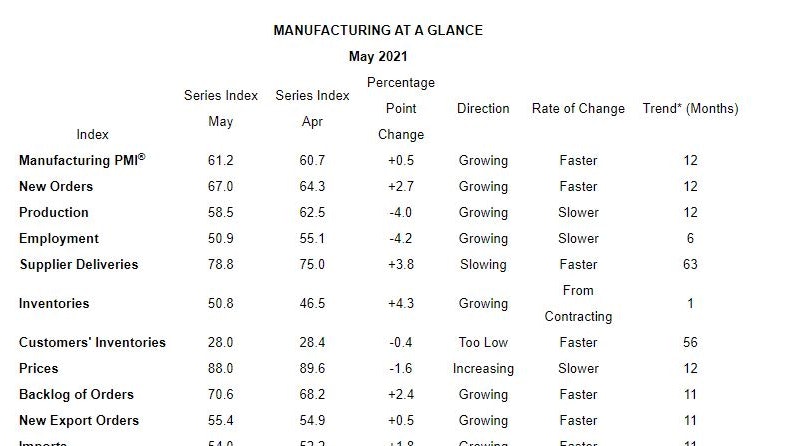 While the economy is expanding, manufacturers continue to struggle with workforce shortages, limited supplies and the largest order backlog since 1993. Economic activity in the manufacturing sector grew in May, with the overall economy notching a 12th consecutive month of growth, say the nation’s supply executives in the latest Manufacturing ISM Report on Business.

The Manufacturing PMI, or the Purchasing Managers’ Index, is a set of economic indicators based off surveys of private-sector companies. The report was issued June 1 by Timothy R. Fiore,…