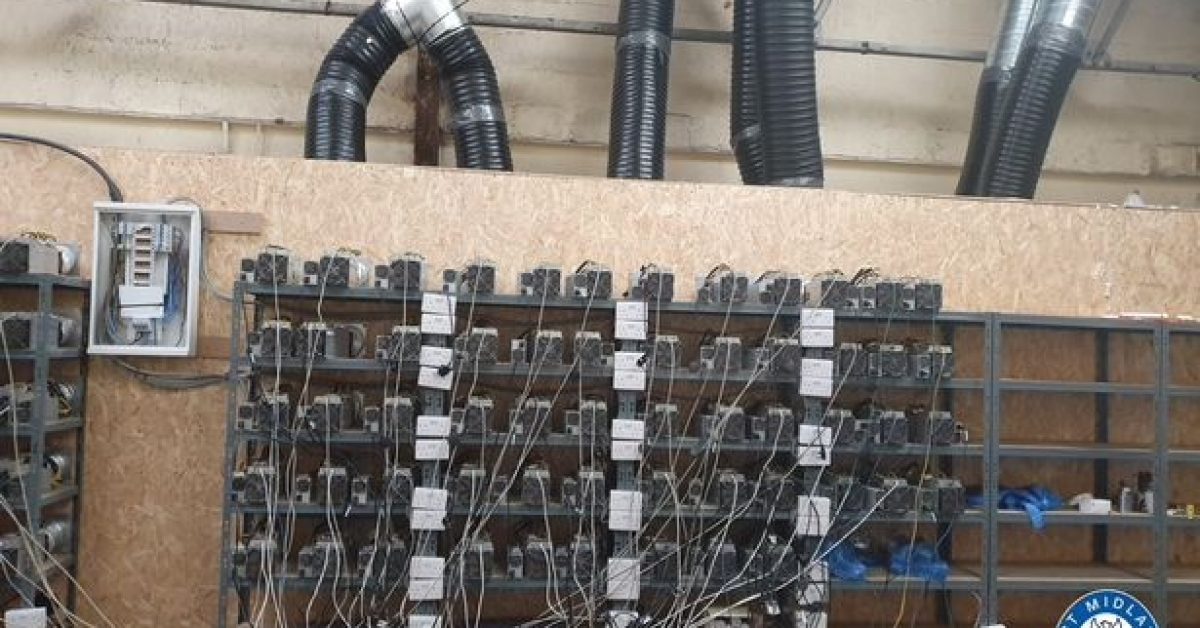 Police in the UK raided a building in a West Midlands warehousing zone after readings taken by their drone convinced them a large marijuana farm was inside. Instead they found a massive operation illegally mining Bitcoins.

The cops converged on the rather lavishly named Great Bridge Industrial Estate outside Birmingham after their drone picked up excessively high heat readings coming from one of the buildings. Experience had taught them drone detection of such high heat radiation was a dead giveaway of illegal pot cultivation. Especially, as in this case, when the rather crummy building unit was visited several times of day – and at all hours – by numerous people.

Pre-raid surveillance of the building also spotted considerable wiring and ventilation added to it, which was thought to be used to both create and regulate a hothouse effect to boost cannabis plant growth.

But when cops stormed the unit on May 18, they didn’t find large, leafy…