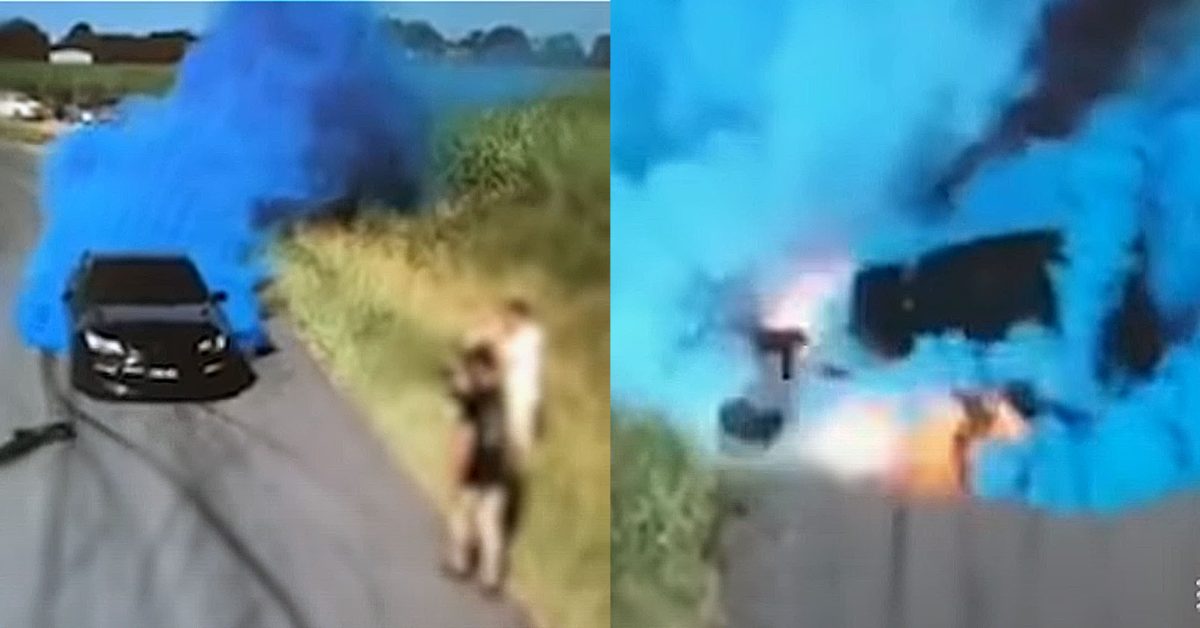 If you’re unfamiliar with hoons, burnouts, or gender reveal parties, then watch this video to see all of them at once, capped by a fiery blast at the end. A drone captures a strange Australian ritual gone explosively wrong.

A hoon is Australian slang for a reckless driver. A burnout is when a driver slams on the brakes and the gas at the same time to make the back tires smoke. (For the lolz!) And a gender reveal party is when expectant parents host a party to announce the sex of their soon-to-be-born, often in a surprising way. What makes this thing uniquely Australian is that some hoons put special chemicals on their rear tires to make the smoke pink or blue to announce the baby’s gender.

Oh, and the other Australian thing is that police plead with Australians to stop doing this.

It’s in response to a recent social media post showing a Ford sedan spin erratically while pink smoke billows into the sky.

“Those people can expect to receive the full impact of the…