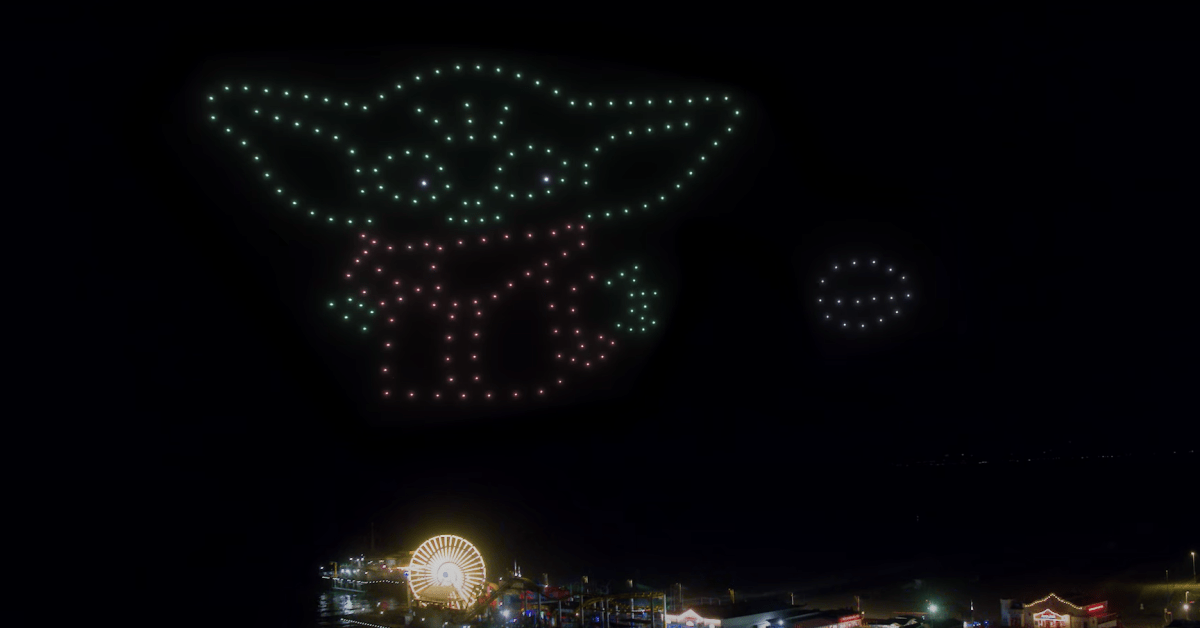 Baby Yoda is everywhere: in our hearts, in all kinds of merchandise, in internet memes, in video games, and now, even in Disney’s drone light shows.

You may call him “The Child” or Grogu, but there’s no denying that this little creature is a big deal. Baby Yoda is so ridiculously cute that scientists have actually felt the need to offer an explanation as to why a 50-year-old toddler is able to turn people’s brains into cotton-candy goo.

So, when Disney+ decided to host a drone light show in Los Angeles to commemorate National Streaming Day this week, it was obvious that the star of its hit show The Mandalorian would turn up to illuminate the night sky.

Alongside Baby Yoda, dotting the LA skyline were iconic characters and imagery from beloved movies, series, and sports across the Disney+, Hulu, and ESPN+ ecosystem.

But honestly, when we heard Disney+ was going to host a drone light show, we hoped that Disney Enterprise would show off some of its recently patented…