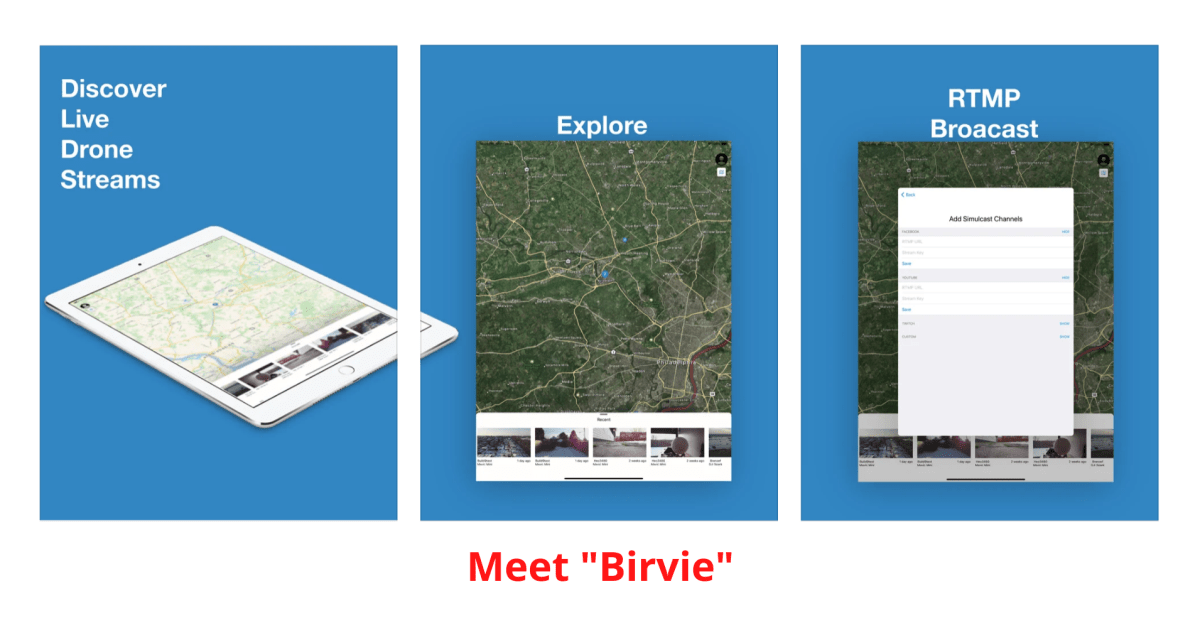 We had the opportunity to download a new app called Birvie. What it does is pretty basic – and also pretty cool.

We confess we might have some bias when it comes to the concept of this: One of us (me) spent a considerable career chunk in radio and television news. We gathered content, sometimes from very far-flung places, for the purpose of sharing it with the world. The technology was then relatively primitive. I once had to assemble a video transmission system (including calibrating the dish by compass and star position) on the rooftop of a school in Dagestan in order to transmit stories from the war in Chechnya back to North America. The microwave dish had a warning on a huge yellow sign that walking in the path of its beam could fry your brain.

All that, for some context. Because hopefully, it will give you a greater appreciation for the power of the tool.

We found out about this new app after its author/developer reached out. It piqued our interest, and so we…