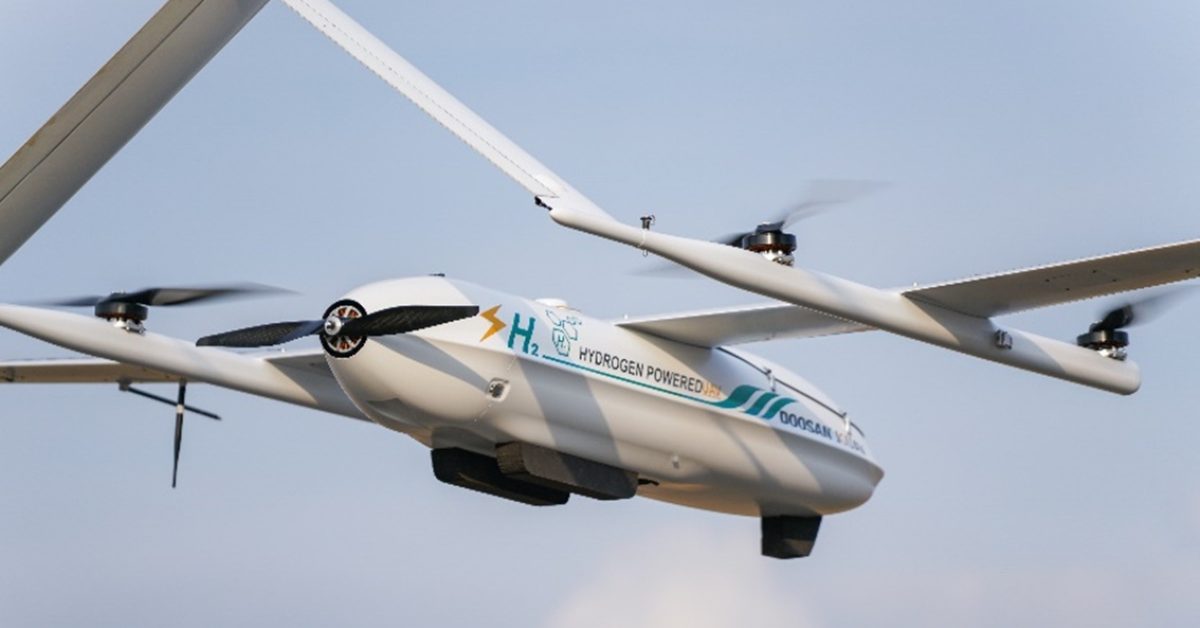 Drone pilots dreaming of longer, cleaner flights powered by hydrogen cells, take heart. This week opens with news indicating development and use of the technology is really taking wing.

Monday brought word that South Korean hydrogen fuel company Doosan Mobility has closed a $737,000 deal with the nation’s military for a fleet of hydrogen powered drones. Doosan will deliver the unmanned aerial vehicles (UAV) in November for use in the army’s surveillance programs.

Embrace of hydrogen cell technology by the armed forces will expand the time each drone can be flown to two hours. Standard batteries currently allow for missions of about 30 minutes.

The Doosan UAVs will also be equipped with low-noise and low-vibration technologies. The combination, officials say, will produce extended ­– and thus more efficient – surveillance missions at considerably decreased risk of detection.