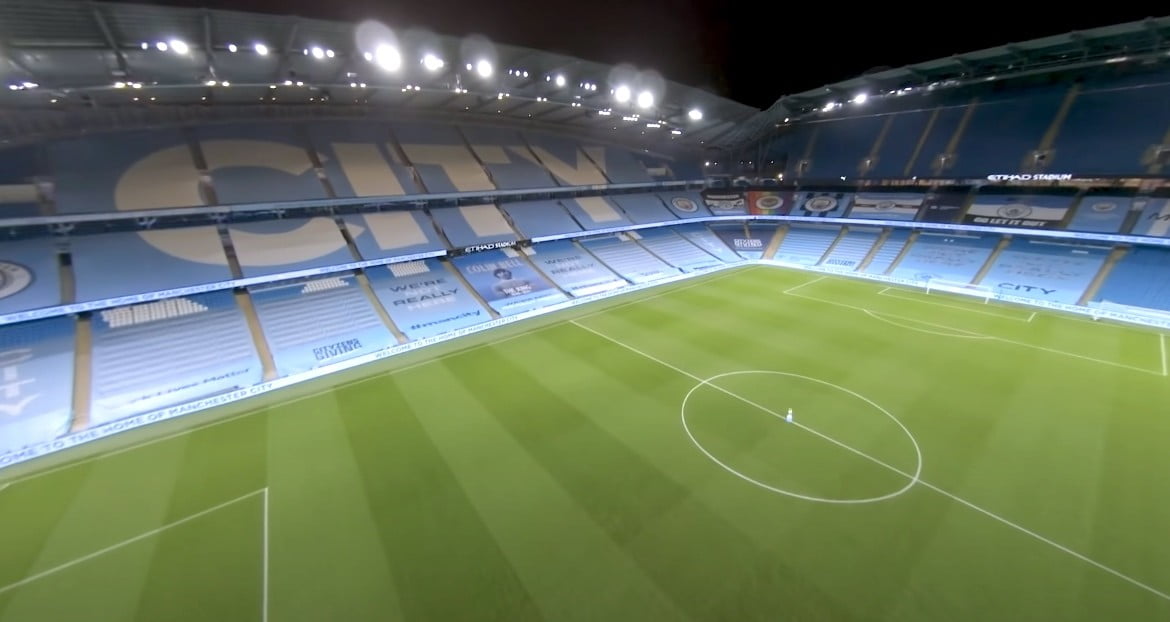 As part of the celebrations, the club has offered its fans — as well as anyone with an interest in drone photography — a stunning fly-through of its modern, 55,000-seat Etihad Stadium.

The 220-second one-shot video is an awesome display of first person view (FPV) drone skills, with the footage taking viewers over the pitch and stands as well as through the locker rooms, media centers, restaurants, and all the other facilities that Etihad Stadium has to offer.

A slew of amazingly intricate maneuvers cover all corners of the 19-year-old sporting facility, with the drone finishing up with a shot of the recently won Premier League trophy.

“This footage is 100% genuine, no camera tricks, no hidden edits, no CGI — a single-take drone shot!” the club said in a message accompanying the video.

The only obvious piece of postproduction is the…