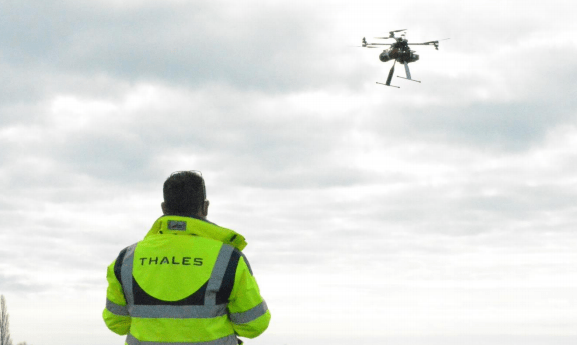 French tech company Thales, Drones-Center and ZenT have teamed up to demo a hydrogen-powered drone.

Organized to test industrial and operational feasibility, the demonstration is another in a growing number of drone projects using hydrogen cells to extend flight time.

“Drones used in professional applications need to combine operational efficiency with the highest levels of flight safety, with their range capabilities and endurance as key criteria,” a Thales spokesperson noted.

“Various propulsion technologies already meet these criteria, but hydrogen fuel cells are a particularly effective way to increase the drone’s endurance due to the low mass and high energy density of hydrogen.”

During the test, the drone reached the capacity to fly up to two hours without recharge with a cell refuel time of no longer than a minute.