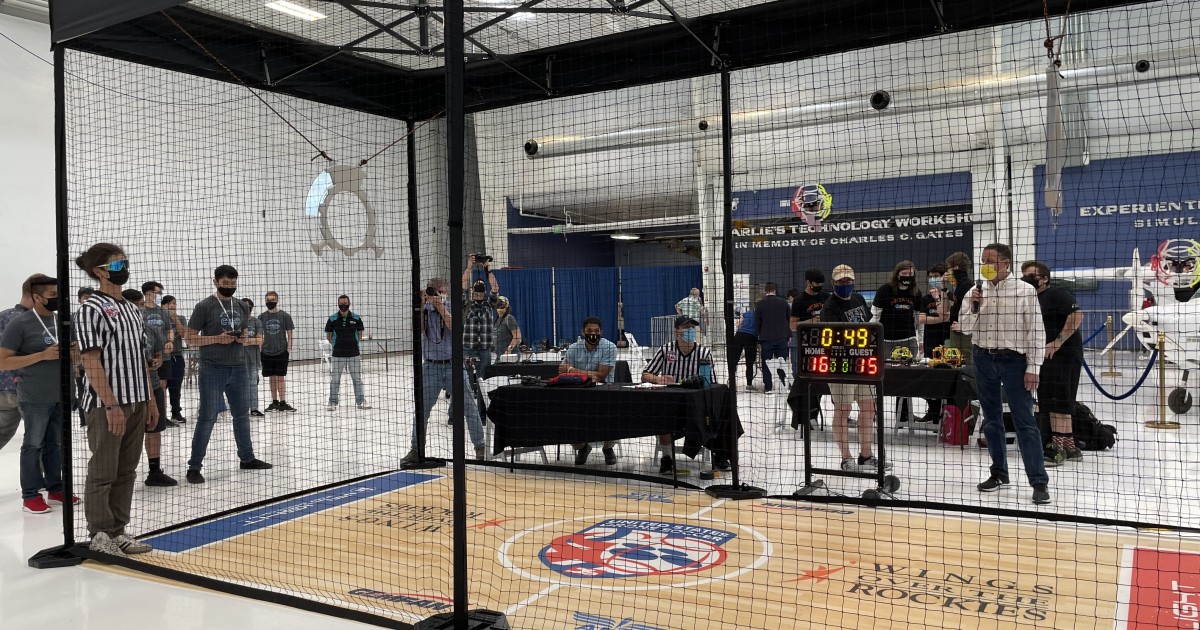 On May 1, Wings Over the Rockies: Exploration of Flight in Englewood hosted a unique, esport competition — U.S. Drone Soccer’s first academic tournament in North America.

Four schools competed in the inaugural event, including Westminster High School. While the large hall buzzed with pregame activities, like labeling batteries and calibrating and testing the drones, sophomore Khang Tran was already hyping up his nine-person team.

“Today, we’re here to win right? Right,” he said. “Make sure you got your A game ready.”

The goals are vertical hoops located on opposing ends of the court. A team scores one point when the striker flies their drone through the hoop.