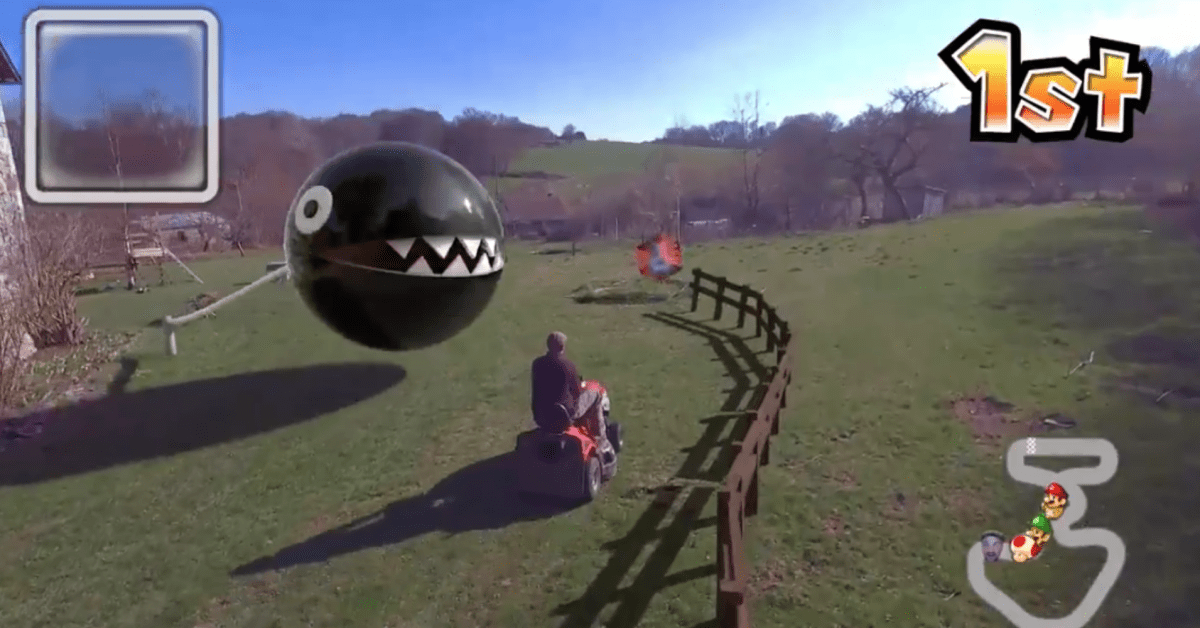 We thought we’d seen everything. Clearly – and this is a lesson for the future – we have not.

So we were spinning quickly through Twitter today, checking out some of the accounts we follow for drone news. And on one of those accounts, @Skydio, we saw a Tweet like no other. It seems a creative Californian (albeit now living in France) decided to have the Skydio tracking him on a ride-on lawnmower. He took the result and turned it into an Augmented Reality-style experience.

He calls it: Mow-rio Kart. And it’s pretty cool.

The Skydio R1, though now a legacy product, is known for its ability to lock on and track objects on the ground with uncommon accuracy and an eerily human feel. Ian Padgham (@origiful on Twitter), meanwhile, is known for his skills with creating short animated works or works that are augmented with animation.

He also, as it turns out, has a friend who works at Skydio. And so a drone reached Padgham in France, where he currently…