Check out this drone light show and fireworks fly-through 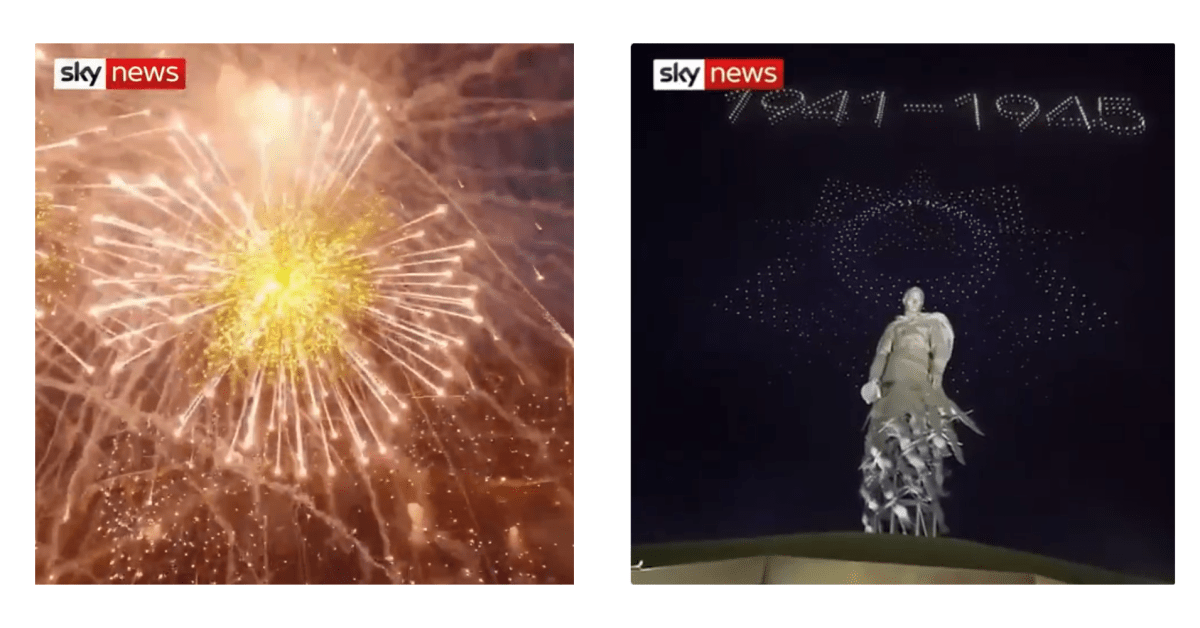 Step right up, ladies and gentlemen: Have we got a show for you.

We’ve no doubt mentioned before that we’re big fans of drone light displays. Though they might not have the raw surprise of a big boom followed by a pattern in the sky, drones can produce virtually any image you program the fleet to create. And this show? Well, it included something we hadn’t noticed in previous light shows:

A drop-shadow created with drones on text.

That’s where both of today’s installments come from. Yesterday, May 9, Russia marked the 76th anniversary of what it calls the Great Patriotic War – World War II. The nation pays great respect to its war dead every year, and this year saw the use of a drone light show. We don’t know precisely how many were used or what brand they were, but the outcome was great. We were particularly impressed by the use of drones to create a floating drop-shadow behind the dates of the conflict (from about :06-:14):