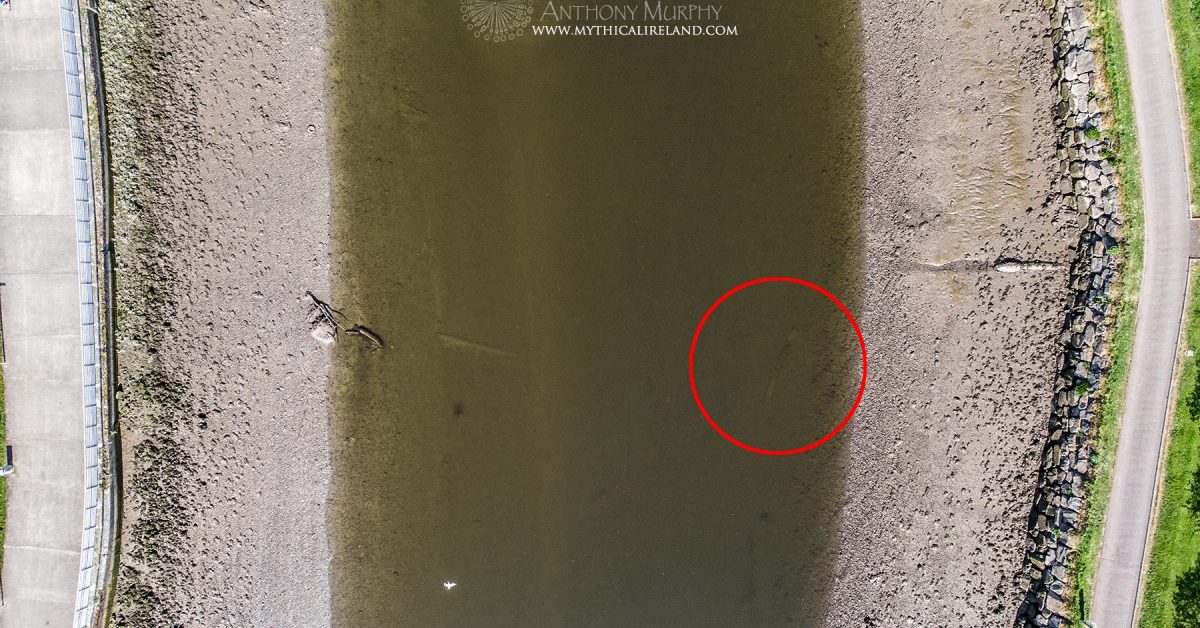 Anthony Murphy was flying his drone in search of a bottle-nosed dolphin nicknamed Kevin. Instead, he found three ancient, possibly Neolithic Irish logboats on the floor of the River Boyne.

A professional writer and photographer during working hours, Murphy is also an avocational archeologist and drone enthusiast who publishes his findings on the Mythical Ireland Blog. He made the discoveries in his Drogheda hometown – about 56 miles north of Dublin – when strong oceanic tides had considerably lowered the Boyne’s level. His initial search was for Kevin the dolphin, whose recent river sighting had made him a hot topic among locals.

But Kevin (named after Costner. Long story…) was nowhere to be found. In reviewing his footage later, however, Murphy noticed the first, oddly shaped submerged form. So, he returned for another look with his DJI Mini 2 and made his first finding.

With the drone flying a short distance above the river, I noticed…