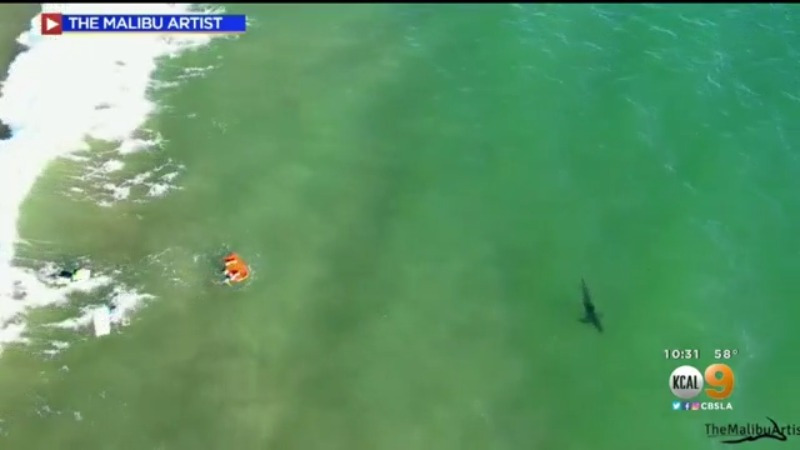 LOS ANGELES (CBSLA) – A Malibu wildlife photographer has gathered an incredible collection of videos showing just how many close encounters between great white sharks and humans there actually are off the coast of Southern California.

Swimmers, paddlers, and surfers get close to the world’s biggest sharks on a daily basis nowadays, the drone videos show.

Carlos Gauna has spent hours capturing aerial shots of sharks from San Diego to Santa Barbara. His videos have gone viral on social media, some showing sharks swimming within feet of unsuspecting people.

Experts say if you are in the ocean, great whites are close by every day, on every beach in Southern California. But they also say it is nothing to worry about, as shark attacks are rare.

“They’re made out to be scary animals…