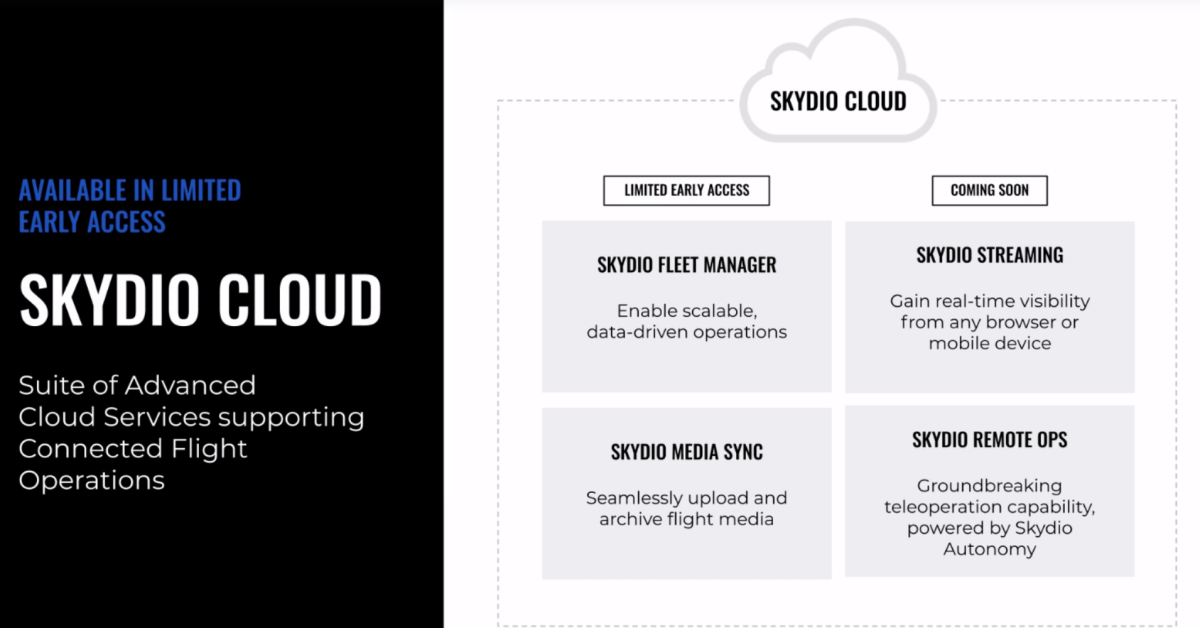 Skydio, the US-based drone company that emphasizes Artificial Intelligence and automation in its drones and work flows, says the next chapter in the evolution of drones is all about software and autonomy. The company outlined its position, as well as some new products, during the online AUVSI XPONENTIAL Conference, which is this week.

There’s no question that Skydio drones can carry out tasks that would prove challenging for other drones. For example, a Skydio drone can carry out a scan of complex structures with confined spaces in a GPS-denied, interference-laden environment. What’s more, it can figure out the whole process for scanning and carry out the job by itself, after minimal input from the pilot.

Skydio says this ability – in conjunction with some new software and hardware offerings – are the future.

We’ve attended AUVSI’s XPONENTIAL in the past. It’s considered a “must-attend” event in the drone industry. Of course, usually the whole…