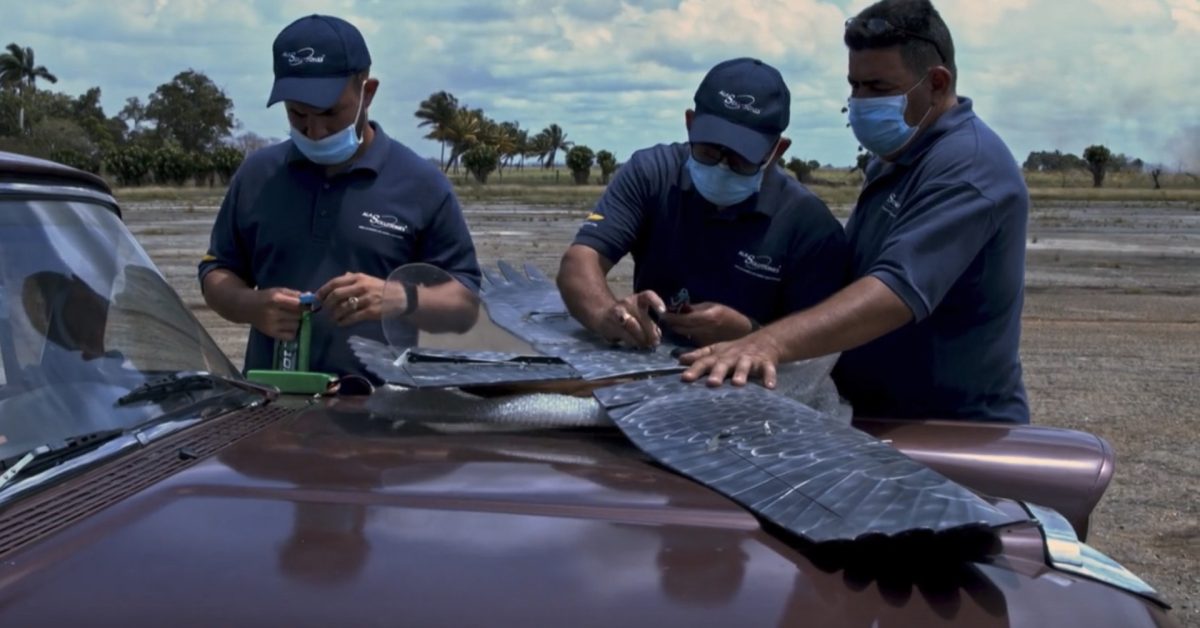 It’s a bird! It’s a plane! It’s… actually a sparrowhawk-shaped drone (screech and all). And it was built by a group of creative, driven Cuban engineers using scrap materials they rummaged up on the boycott-hobbled island nation.

The constantly expanding capabilities and technical specs of retail drones receive all the astonishment and envy they deserve. But Cuba’s sparrowhawk drone inspires another kind of respect and admiration for the never-say-die determination and ingenuity its creators put into it.

The team of five engineers and three technicians known as Alasoluciones built their drone from scrap metal and plastic they reshaped into components. Molds were made using carved wood from trees they felled in a park near their homes in San Nicolas de Bari, about 70 kilometers/43 miles southeast of Havana.

Nearly 80% of their mechanical bird of prey was (re)crafted by hand, according to reports. The group used home workshops, garages, and a…