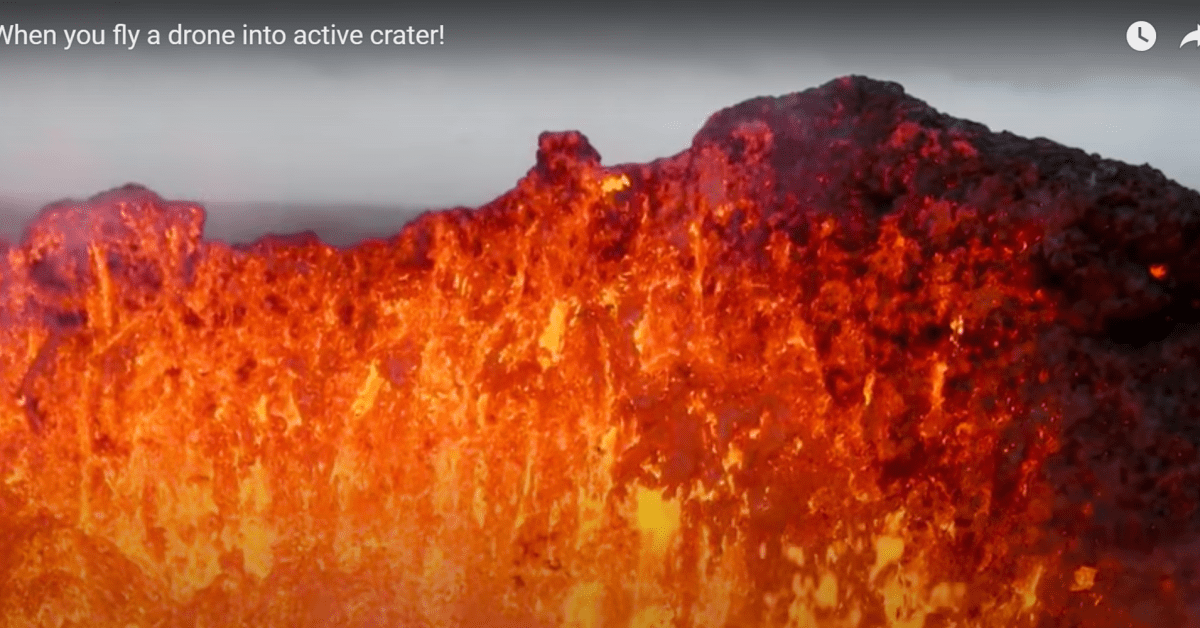 Drop everything you’ve been doing and get a load of this first! You will not be disappointed.

For about six weeks now, drone pilot Bjorn Steinbekk’s life has been consumed by the Fagradals Mountain volcano in southwest Iceland. When the long-dormant volcano on the Reykjanes Peninsula erupted violently last month, Steinbekk was one of the first drone pilots to capture the once-in-a-lifetime event through his new DJI FPV drone.

Ever since, he’s enthralled us with several jaw-dropping videos, flying directly over the crater and expertly maneuvering the drone between globs of fiery, hot lava.

This week, Steinbekk started a 12-hour live drone video stream from the volcano. But when it was time to conclude the spectacular event, he did the unthinkable. Steinbekk flew his drone right inside the active crater!

Yes, the lava bath melted the drone, but its sacrifice did not go in vain. Just watch this insane footage the drone transmitted back before succumbing to the heat: