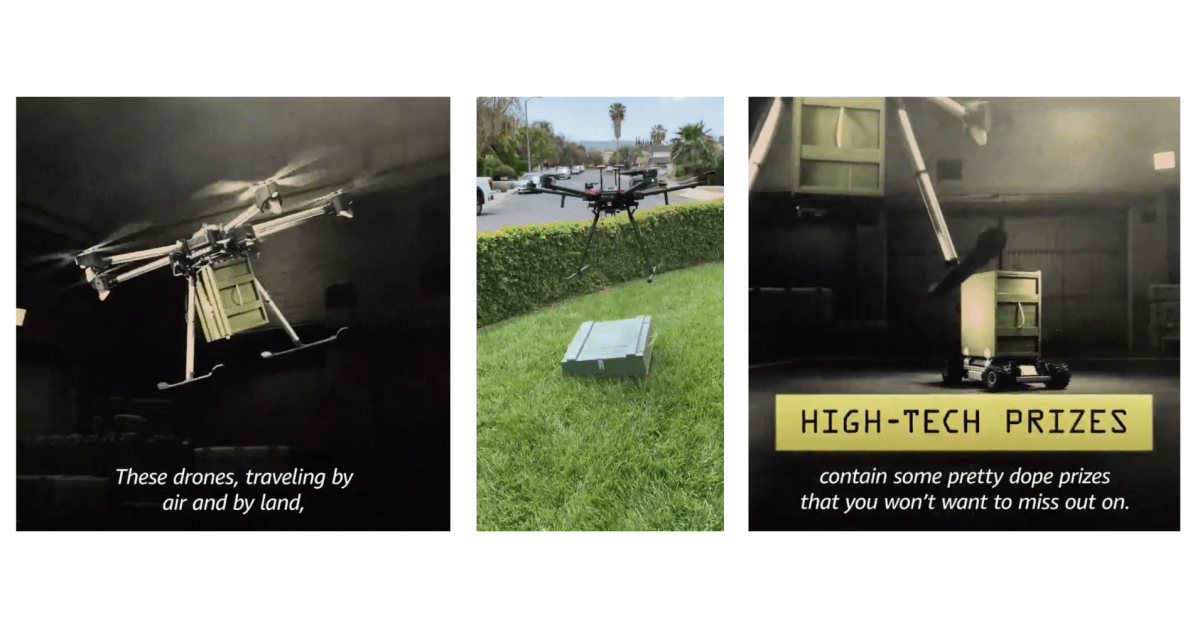 A new movie release involves a promotion that will bring pop-up drone missions to many major cities in the world. The movie? Without Remorse – based on Tom Clancy’s work.

We’ve seen lots of movie promotions in our time: contests, celebrity appearances, social media campaigns. But this new movie, slated for release on Amazon Prime April 30, goes where no movie (that we’re aware of) has gone before: Flying surprise drone missions in multiple cities. The drones, based on what we can tell from an Instagram post, will be carrying goodies that will be given away.

It’s no surprise, given that this movie is based on a Tom Clancy work, that it’s an action-thriller. Here’s what Amazon Prime has to say about the plot:

An elite Navy SEAL uncovers an international conspiracy while seeking justice for the murder of his pregnant wife inTom Clancy’s WithoutRemorse, the explosive origin story of action hero John Clark –one of the most…