Views of Perseverance rover from the air 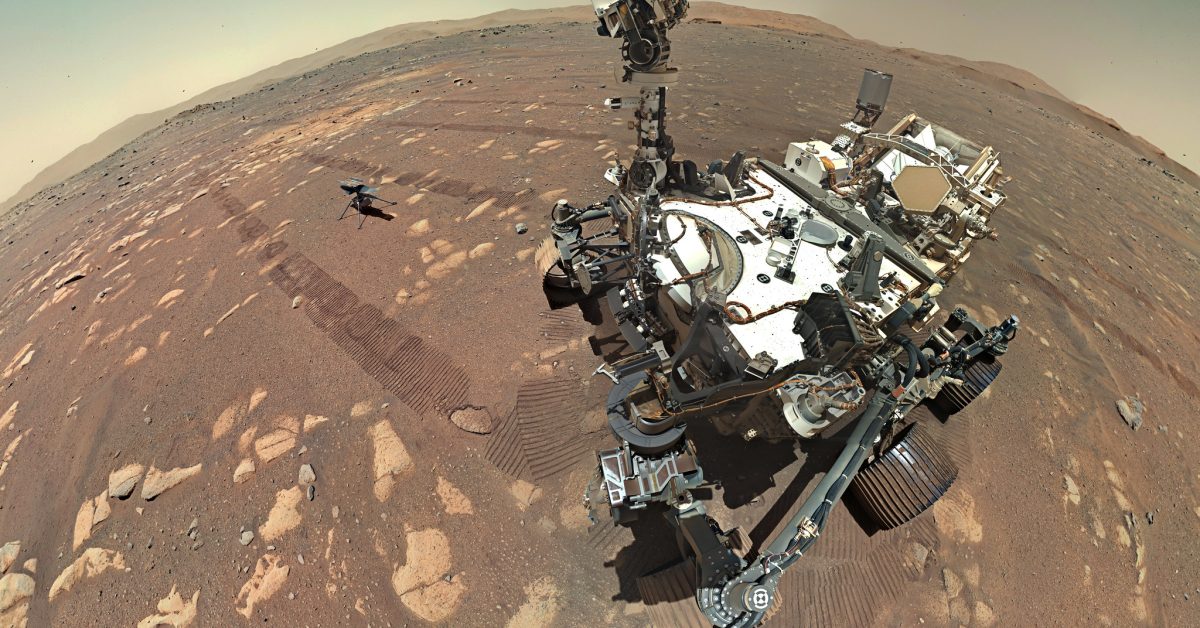 Mars Helicopter Ingenuity completed its third flight on Sunday. Images and video have been arriving back on Earth since then, and on Tuesday a notable image arrived.

While in flight, Ingenuity captured the Perseverance Rover in the corner of one of the images from its color horizon-facing camera which is intended to capture the terrain. This marks the first time the Ingenuity has photographed Perseverance. We have seen many images and even videos of Ingenuity from Perseverance Rover, but not the other way around until now.

In the image, Perseverance is slightly over 200 ft away from Ingenuity, and directly in front of Ingenuity is the rover’s initial landing site. The airfield had to meet a number of criteria, including being of sufficient dimensions, slope, and the size of rocks in order to be an acceptable location for Ingenuity to take flight. This new image really illustrates how close the initial Perseverance landing was to an acceptable airfield.