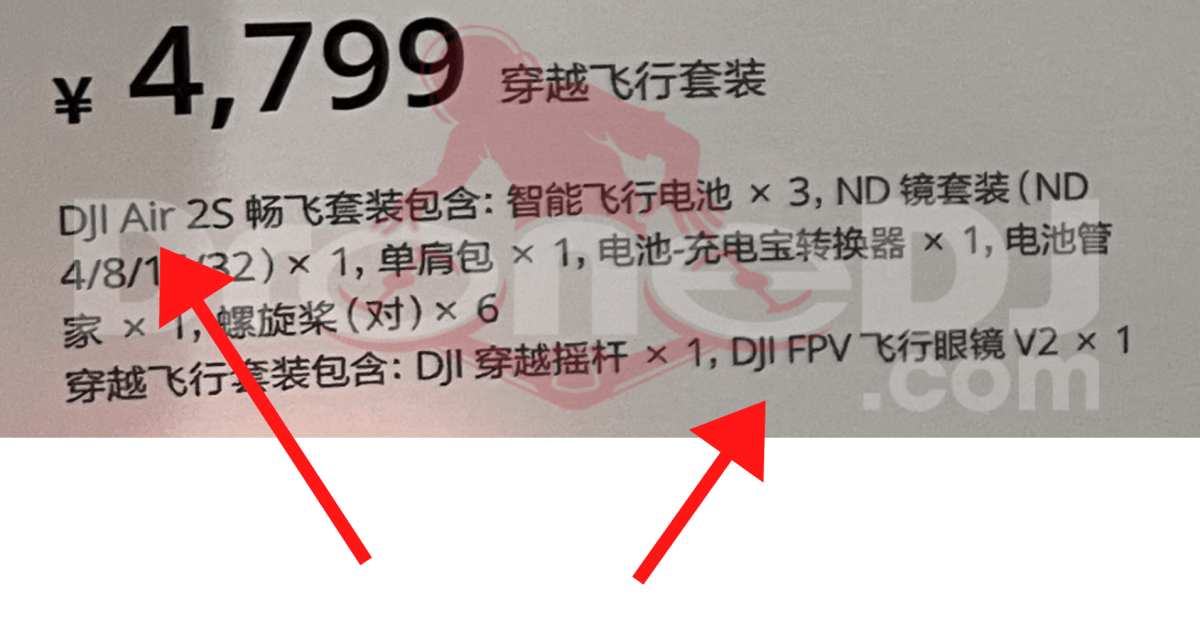 DJI was planning on offering its Goggles and Motion Controller as an add-on bundle for the Air 2S in China. It’s further evidence the Air 2S and its O3 transmission are compatible with the V2 Goggles.

There’s a lot of confusion out there around DJI’s Air 2S and its potential compatibility with the company’s V2 Goggles and Motion Controller. We reported, prior to release, that this feature would be available – and we had two sources: one in China and one in North America. Both had solid information that added up. But when the product was released, there was no mention of this possibility.

Well, we’ve received more information that DJI was initially planning on making this capability available at launch, but shifted gears at the very last minute. We base this on company pricing of a bundle that was meant to be available as an add-on for the Air 2S, as well as a country-specific DJI website.