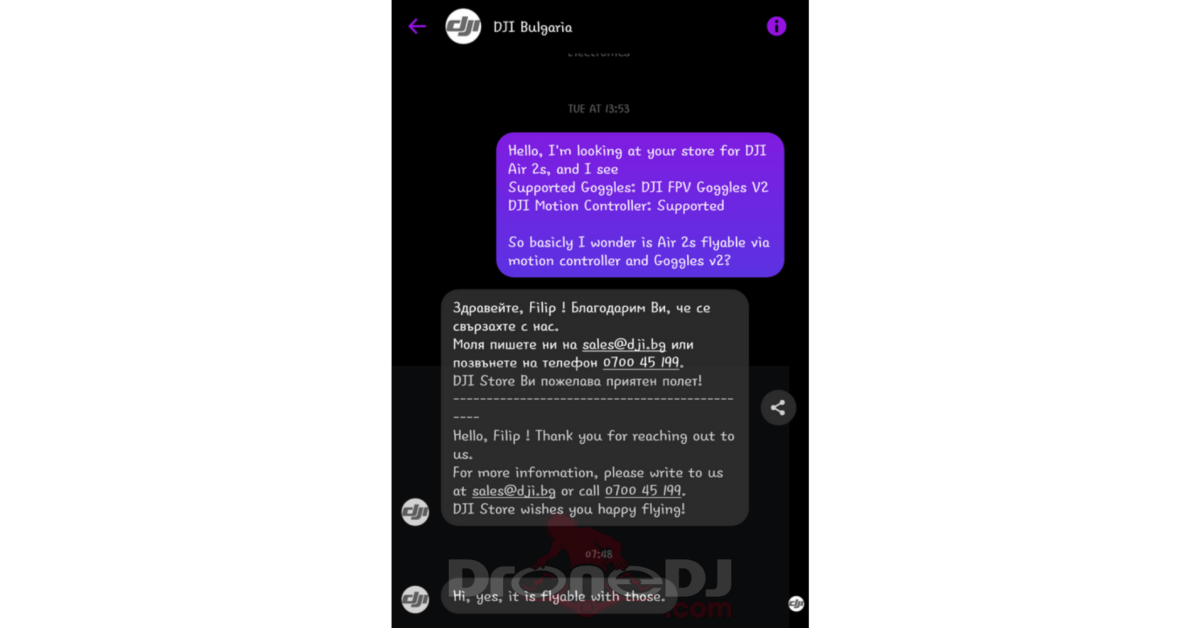 A DJI customer says he’s received word that the Air 2S will work with the company’s goggles and motion controller. This conflicts with the official word from DJI.

The tag line for the new Air 2S (you’ll find our extensive review here), is “All in One.” That’s a reference to both its 1-inch CMOS sensor, as well as the broad feature set that’s packed into this machine. And, let’s be clear, there are a ton of desirable features built into this done. But the two features that a lot of people have been hoping for aren’t there at the moment:

We heard from trusted sources prior to the product launch that the Air 2S would, indeed, be able to work with these devices. And a lot of people, some of whom already own DJI goggles and motion controller (including some with surplus cash who just bought the DJI FPV drone), would dearly love to be able to pair those devices with…