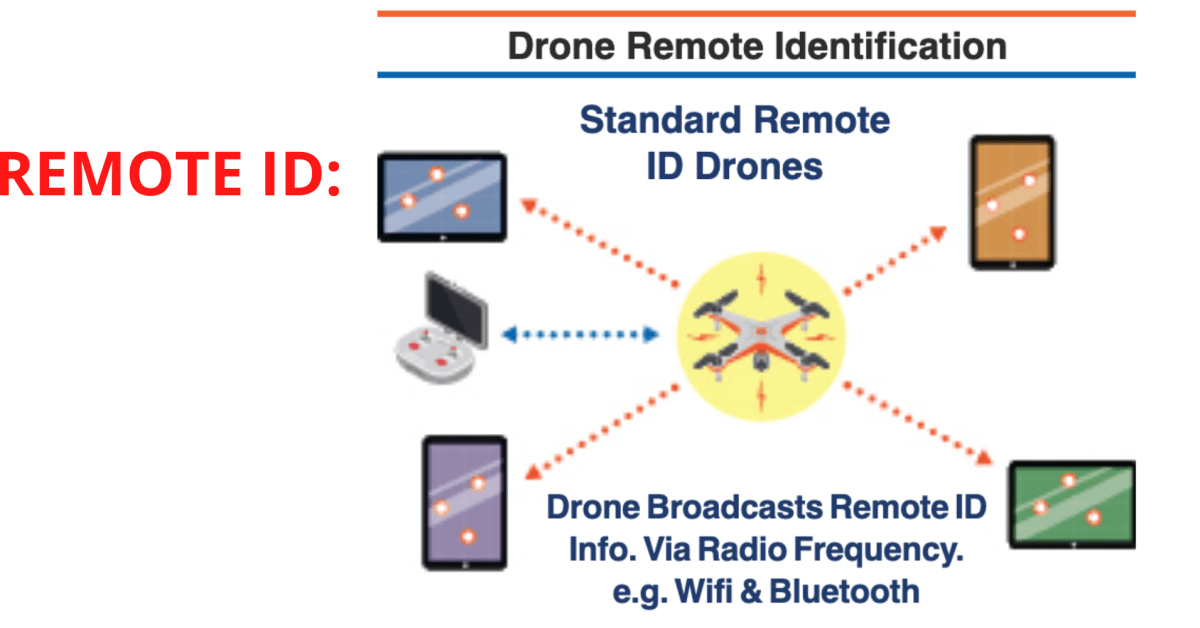 The new FAA Remote ID rule goes into effect Wednesday, April 21. Let’s explore what that means for you as a pilot. This story will be of use to all pilots of drones weighing 250 grams or more, and there’s some DJI-specific news for those flying DJI products.

Regulators are concerned with keeping the airspace (and the ground) safe for everyone. That’s why the Federal Aviation Administration (FAA), Transport Canada – and the airspace regulators in most other countries around the world – have instituted rules for drones in recent years. It’s important to have rules in place that minimize the chance of a conflict between manned and unmanned aircraft, or between unmanned aircraft and people and property on the ground.

Safety is also the impetus behind the new Rule on Remote ID, which goes into effect today (April 21).

Well, sort of goes into effect. Because nothing is going to change for pilots, at least not yet.

What is Remote ID?

The best way to think of Remote ID…