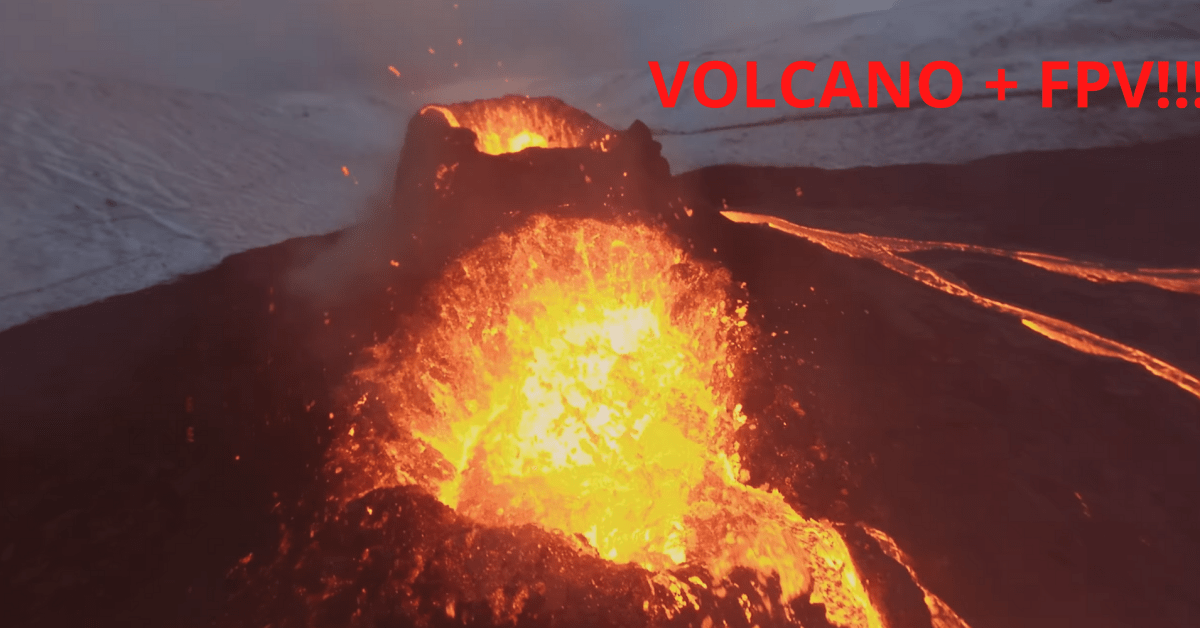 Yes, you’ve likely seen a video taken by drone of that Iceland volcano by now. But we’re betting many of you haven’t seen this video, or the story behind it.

We’ve been watching this volcano – at least on YouTube – since all this began. And we’ve seen some pretty incredible videos. One of the highlights was a video we wrote about here, where the pilot actually melted one of three Mavic 2 Pros he took to the site. (What’s even more wild, in that story, is that his drone still flew after being scorched.)

As all of you know, flying in FPV gives a pilot the ability to achieve a far greater range of shots than a standard quadcopter. And so Iceland Aerials decided to take an FPV to the site. We spoke with Hjörtur Geir Björnsson about how this shoot was carried out.

Iceland Aerials, at the moment, is a collective of three…