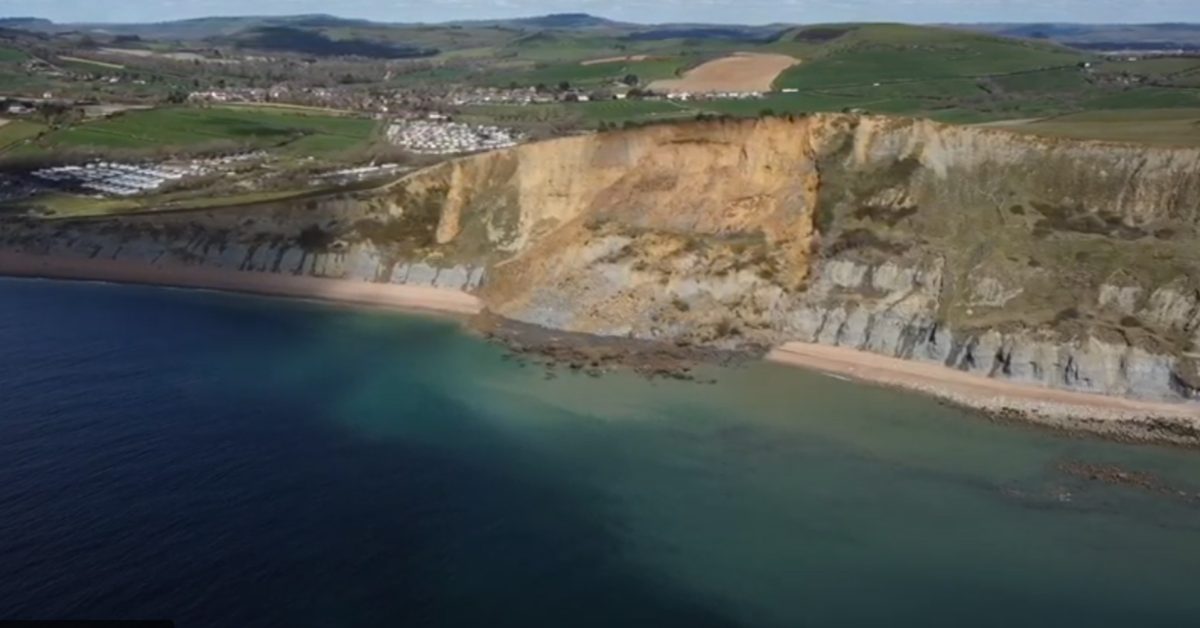 The biggest British cliff collapse in more than a half-century sent 4,000 tonnes of rock down the Dorset coast. Drones reveal just how much rock that is.

The BBC reported that Britain just got “a little bit smaller.” A huge section of a cliff on what’s known as the Jurassic Coast in Dorset collapsed on the beach below. The rockfall happened just west of the seaside town of Weymouth, and Dorset council expects more of the cliff to be lost. People are urged to stay well clear of the area. Parts of the coastal path are cordoned off.

A spokesperson for the council told the Guardian:

Further movement is expected with fresh cracks affecting the fence line but not the coast path. Now the ground is drying out, there is the possibility of more slips and falls and they can happen very quickly.

Here’s another view of the collapse.