FPV video with the pilot swinging from an excavator 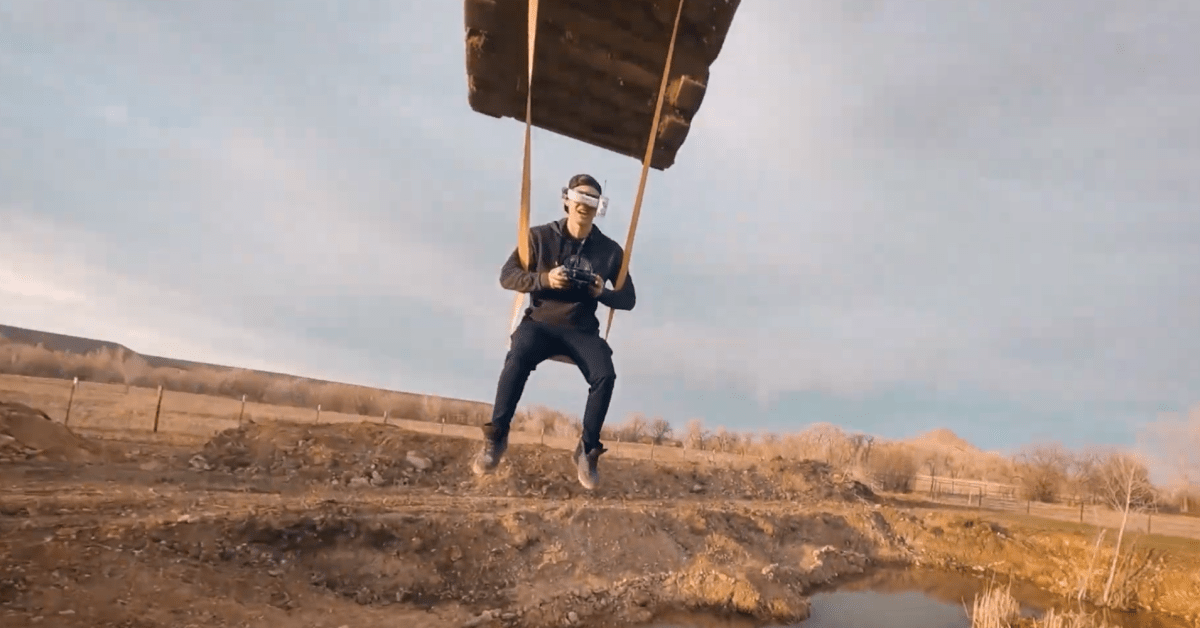 We see so many drone videos that it takes a lot to surprise us. This one? Well, it surprised us. And it will surprise you, too.

We’ve written before about the work done by FPV pilot Nikolay Anishchenko. We like Nikolay’s work for a couple of reasons: He’s always pushing the limit and experimenting with new things to film from the air… and he shows extraordinary skill for a relatively new pilot. In fact, Nikolay only started flying FPV early in 2020, after spending 60 hours on a simulator.

Well, that… plus talent.

A friend of Nikolay’s came up with a bizarre idea for some fun. What if – what if – you could rig up a swing to an excavator? And what if you put a person on that swing and let an excavator do the work of twirling them around, like some post-apocalyptic amusement ride?

It sounds like it would violate a plethora of construction safety rules. But there’s something kinda cool about the idea. And so Nikolay decided to make the concept…