Skydio CEO Adam Bry gets some prime-time on CNN 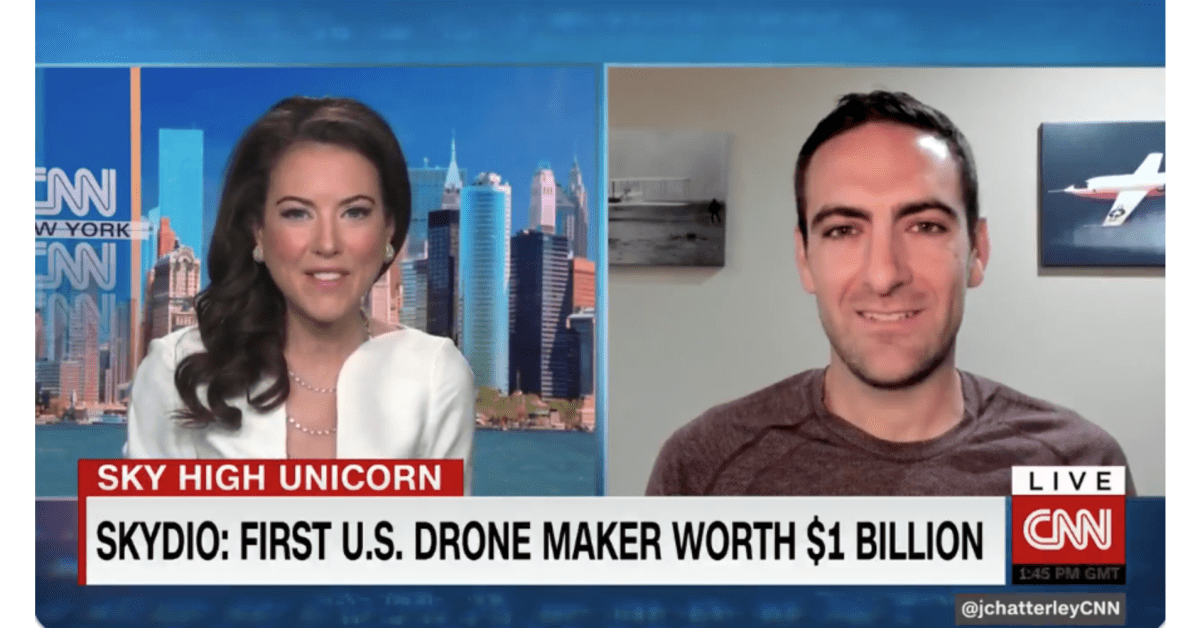 Drones don’t tend to hit mainstream media that often. Certainly they’ll make headlines when there’s a rescue – or, conversely, then something goes wrong. But rarely do drones as an industry make much of a blip on day-to-day news coverage. Well, CNN took a dive into Skydio this week.

It’s unusual for a major news network to take an interest in drones unless something goes wrong. Crash a drone on the White House lawn, and you’ve got their attention. But when it comes to the day-to-day world of drones and business, there’s not a lot of coverage. Yes, maybe a business show will take a hit if there’s been a big Series raise, but in general they’re not front and center.

But CNN took a deeper dive into Skydio this week.

Adam Bry is Skydio’s cofounder and CEO. As such, he’s also someone with likely the best handle on the company’s vision going forward. We had the opportunity to speak with Adam during this episode of The Buzz podcast, and were…