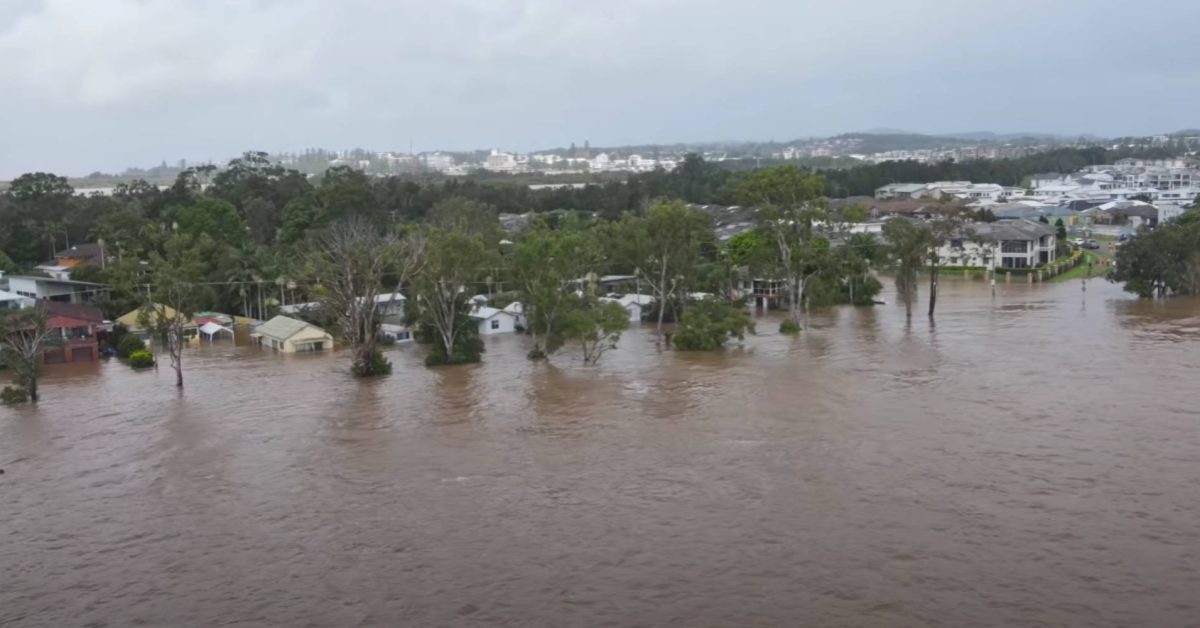 Drone footage has captured Australia’s east coast floods‘ full extent, with houses submerged and parts of cities no longer accessible. The flooding has already resulted in over 18,000 people evacuating from their homes, with 30 locations regarded as natural disaster areas in New South Wales.

On top of the flooding in New South Wales, there has also been a severe weather warning for neighboring Queensland as the southwestern part of the state is expected to receive flash flooding as a result.

For some of the people evacuated from their houses, it wasn’t long ago that the devastating fires destroyed or damaged their properties, leaving many people to hit their breaking point.

“Communities who were battered by the bushfires are now being battered by the floods and a deep drought prior to that. I don’t know anytime in our state’s history where we’ve had these extreme weather conditions in such quick succession in the middle of a…