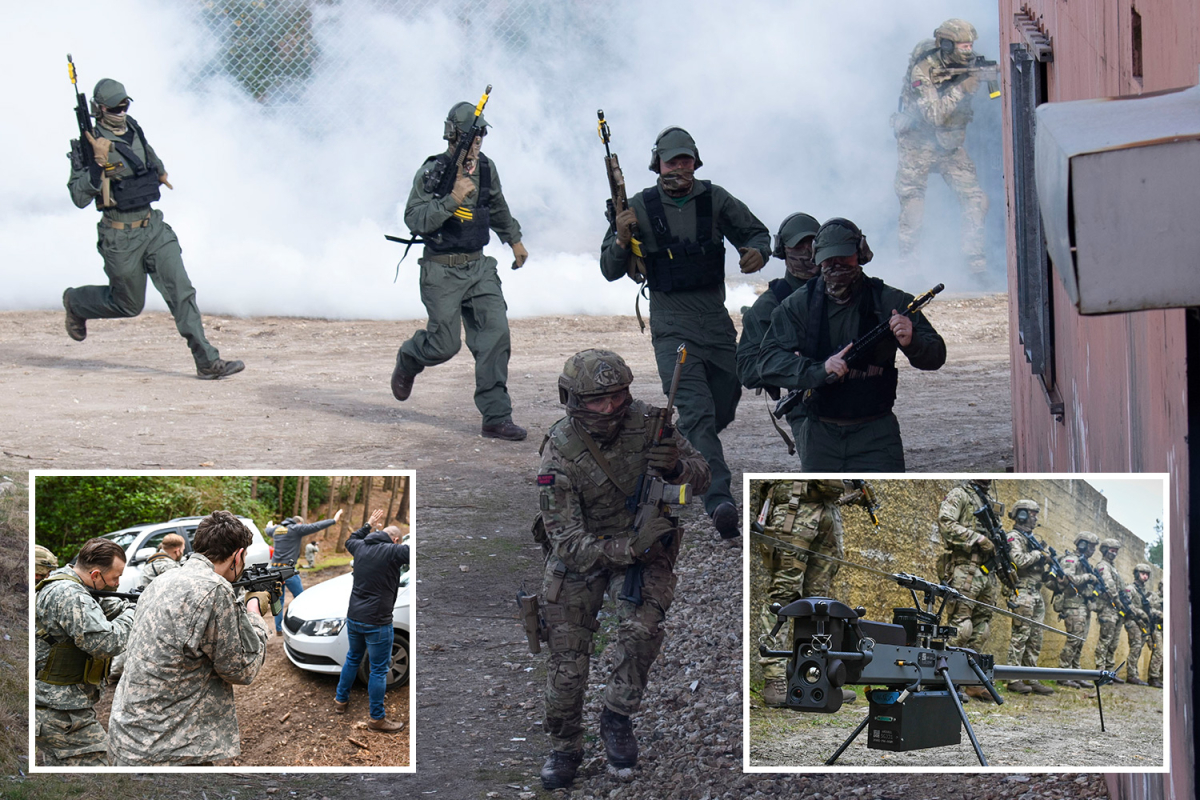 A STRIKE squad of just 100 Marines smashed 1,500 US troops in a war games drill.

Our Future Commando Force attacked in the urban warfare exercise. Conventional tactics suggest they would need to heavily outnumber the defending Americans.

But working in eight teams of 12, they outmanoeuvred their rivals and used helicopter drones linked to screens on their chests to pinpoint weak spots.

The £400million drill in California had to be cut short because the British victory was so swift and unexpected.

Chief of the Defence Staff, General Sir Nick Carter, told The Sun yesterday: “This has overturned the principles of war. Mass is no longer the asset it once was — it is all about effect. If you concentrate…