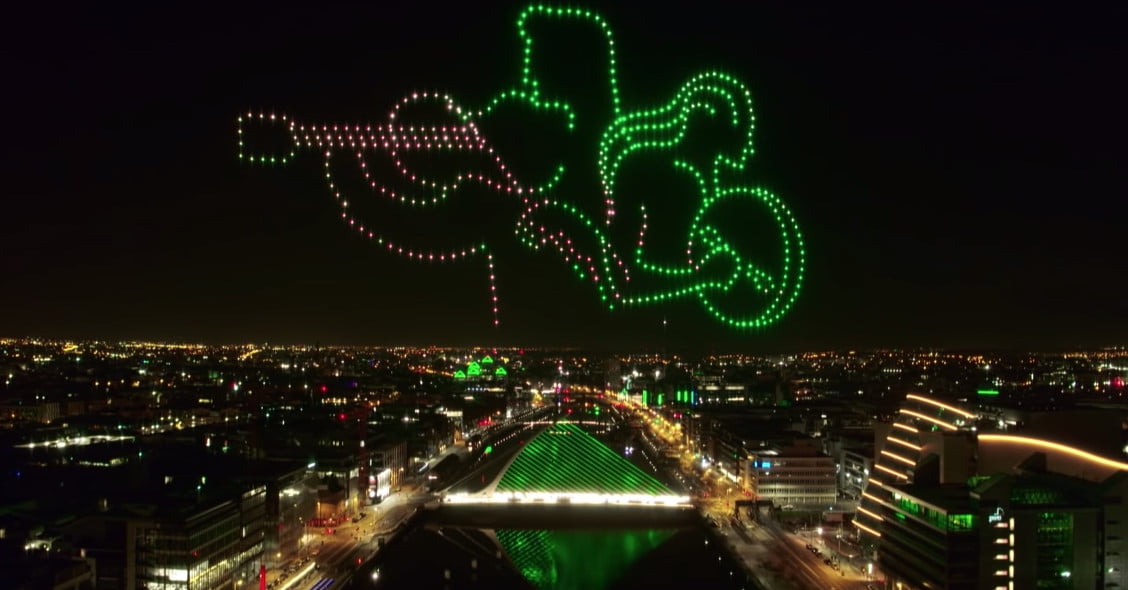 This year’s St. Patrick’s Day celebrations were muted by the ongoing pandemic, though Intel was allowed to fly a fleet of 500 drones over Ireland’s capital city for a dazzling light show that it later shared on YouTube.

“The film presents a heartfelt, uplifting celebration of our national day, and spreads a message of hope to audiences around the globe,” Intel-Ireland said in notes accompanying the video.

The drone show was the work of St. Patrick’s Festival, Tourism Ireland, and Dublin City Council, and delivered in collaboration with Intel and Actavo Events. The film of the show was produced by ShinAwiL and scored by Irish composers Eimear Noone and Craig Stuart Garfinkle.

It shows the drones lighting up the sky over Dublin with messages and familiar imagery, at the same time illuminating landmarks such as the Samuel Beckett Bridge and the Convention Centre.

Intel has been steadily building its drone business for aerial light shows over the last six years. The…