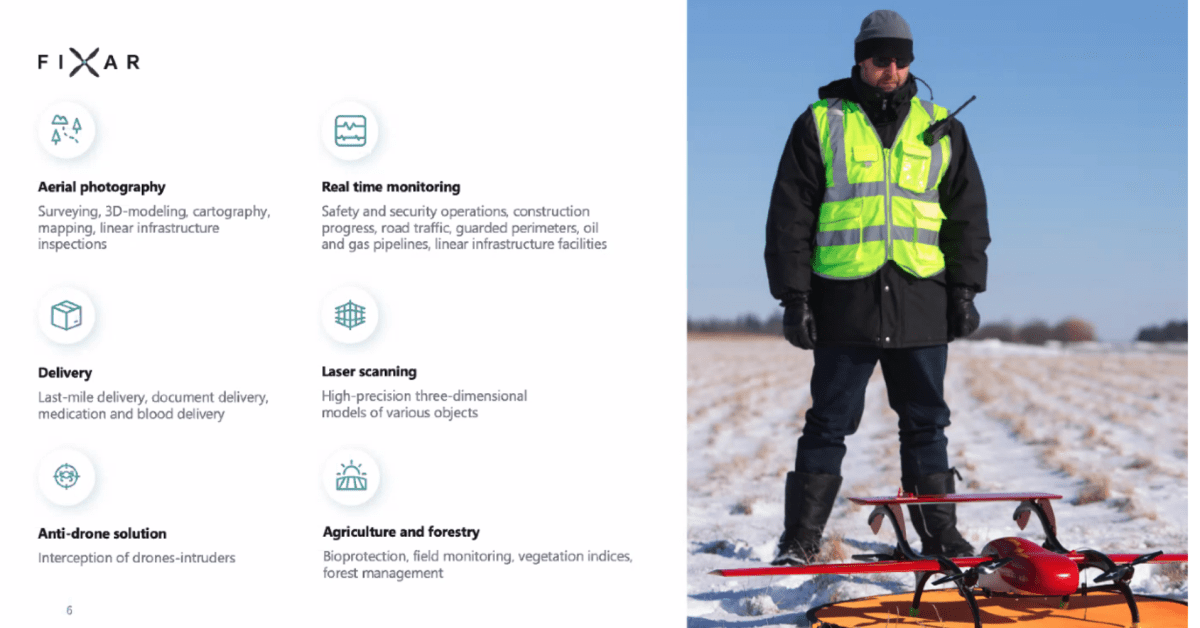 Baltic drone manufacturer FIXAR offered a window into its product today, with a webinar featuring a real-time assembly and demonstration of its product.

We wrote about FIXAR last summer, when its product received the green light for Visual Line of Sight flights in Canada. The product has been well-received, with distributors now in many parts of the world. One of its key features is its Fixed Angle Rotors (where the FIXAR name comes from), which means there are no moving parts during transition between vertical and forward, fixed-wing flight.

Yes, the rotors are turning. But the angle of those motors does not change. FIXAR says this simpler design, with fewer moving parts, is more robust and reliable than most other VTOL designs. It’s also more efficient than many five-motor VTOL designs, as the drone is not required to carry any dead weight during forward flight.

At the opening, FIXAR explained that its FIXAR 007 (named due to its seven-kilogram weight) is…