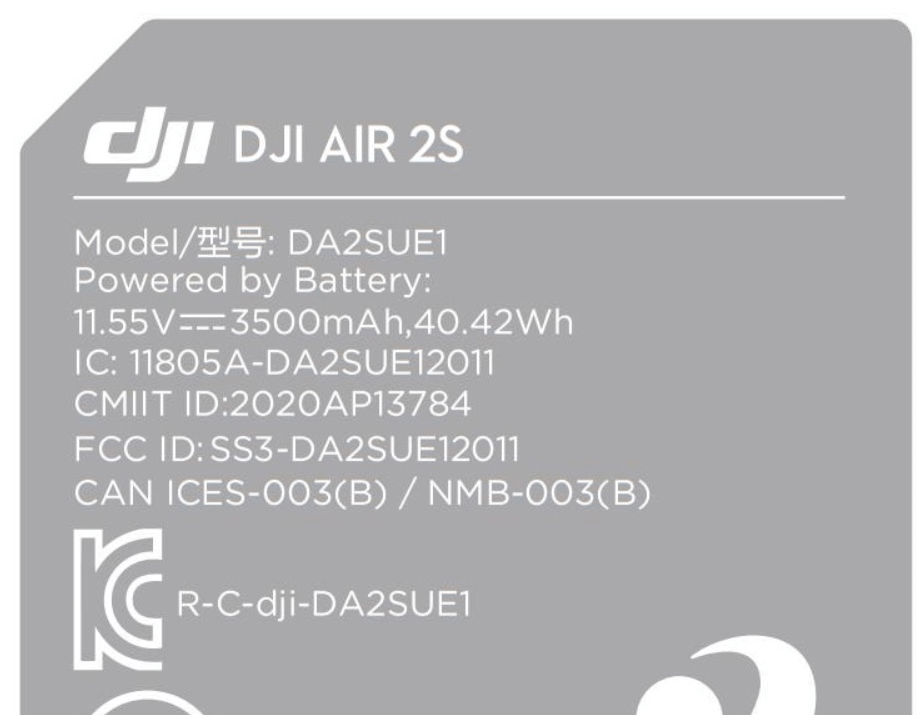 Money never sleeps, and apparently neither does DJI. Fresh off the release last month of their first FPV Drone Combo, the latest DJI rumor is the pending release of a new Air 2S drone that may sport an enhanced IMX686 sensor.

We received the FCC notification by email this morning and while little is usually revealed in these filings, there were some data points worth reporting.

Like the recent name adjustment to the DJI Mini 2 (DJI dropped ‘Mavic’) from the name, this filing hints that DJI may also be dropping the Mavic from the Air series of drones.

This would differentiate DJI’s drones into defined series of Phantom, Mavic, Air, and Mini.

First off is the potential use of Sony’s IMX686 CMOS sensor. This is currently used in the DJI Pocket 2 handheld camera and produces 64MP stills, mixed zoom, and 4K60p video.