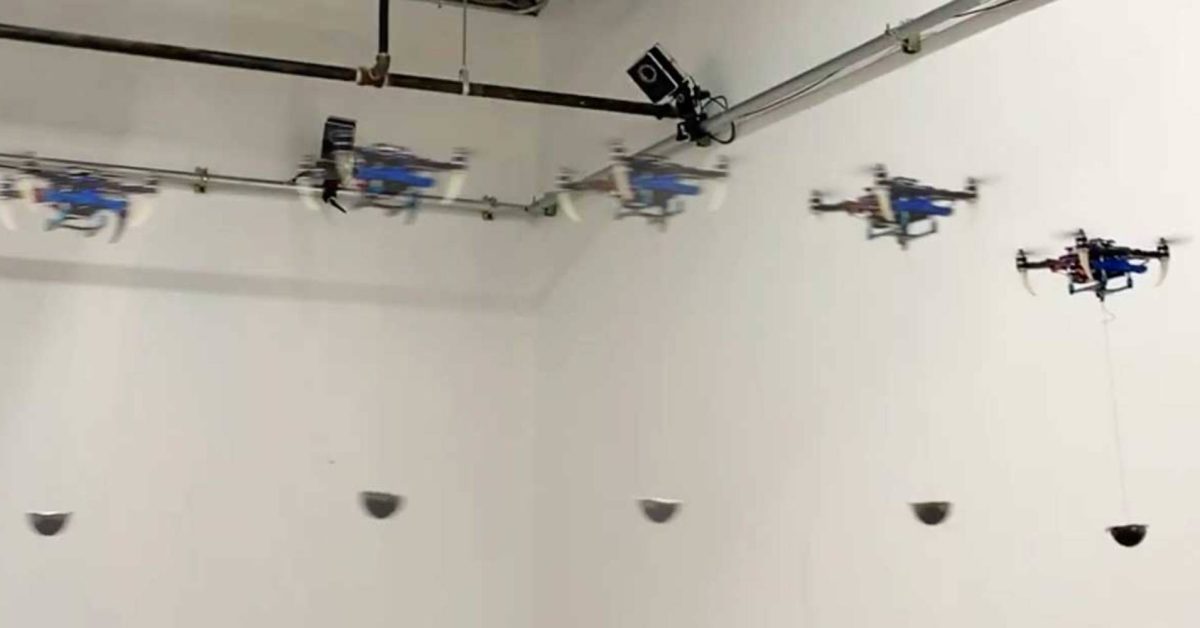 Researchers from the Agile Robotics and Perception Lab (ARPL) at New York University (NYU) have developed a way for drones to control swinging loads. The system essentially works by estimating the payload location and adjusting accordingly to stop the swinging motion.

The research is lead by Guanrui Li, Alex Tunchez, and Giuseppe Loianno at the Agile Robotics and Perception Lab (ARPL) at NYU. The two-person team has managed to keep the payload under a drone steady using a method that takes two things into account.

The estimated location of the payload and predicting what the payload is going to do next.

Looking at the first of the two: The drone needs to estimate its location and the location of the payload by using a camera that tracks the payload’s position in real time. The drone is then able to take this data and figure out a relative location to itself.

The second thing required is that the drone now needs to estimate the future location of the payload. This is…